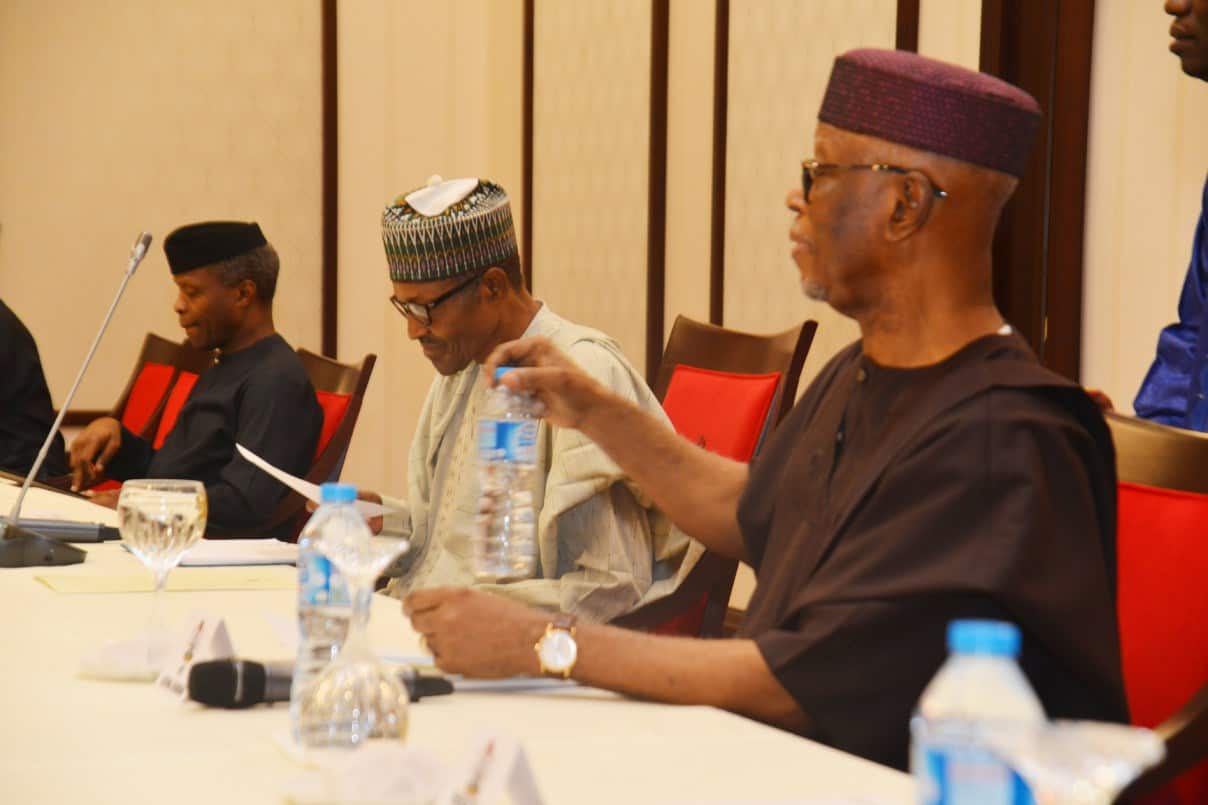 John Odigie-Oyegun, a former Chairman of the All Progressives Congress (APC), on Saturday claimed that the party is becoming the single most dangerous threat to the legacy of President Muhammadu Buhari.

The ruling APC has been soaked one crisis after another since the beginning of the year 2020.

Naija News recalls that the Appeal Court on Tuesday upheld the decision of an Abuja High Court to suspend Comrade Adams Oshiomhole as the APC National Chairman.

Following Oshiomhole’s suspension, the ruling party National Working Committee (NWC) in a statement by its National Publicity Secretay announced Senator Abiola Ajimobi, who is reportedly down with COVID-19, as the new acting National Chairman of the party.

However, the Deputy National Secretary of the APC, Victor Giadom, laid claim to the position of national chairman.

In a statement by his lawyer, Chief Wole Afolabi, Giadom insisted that the office of the Acting Chairman is his to occupy.

He insisted that the order of the Federal Capital Territory, FCT High Court issued on March 16, 2020 by Hon. Justice S.U Bature in Suit No. FCT/HC/M/6447/2020 to the effect that Chief Victor Giadom is to act as the National Chairman of the party following the suspension of Oshiomhole remains valid.

In a statement on Saturday, Odigie-Oyegun claimed that the APC has “brazenly subverted” its own principles of internal democracy.

“Our own political party, the APC, is fast becoming the single most dangerous threat to the legacy of our government and our president,” he said.

Oyegun stated that “in the last few months, we have watched how the party has brazenly subverted its own principles of internal democracy and flagrant violation of every rule of decent political engagement in a manner that makes everyone associated with its promise of change liable to be accused of either hypocrisy or apostasy.

“We must therefore remember that our victory in the 2015 Presidential elections and the peaceful transfer of power that followed was a major testament of progress in our nation’s journey towards real democracy.

“This unprecedented democratic achievement has since inspired progressive forces all over Africa and has become a standard by which democracy is measured in the rest of the continent.

“Unfortunately, it appears that while other countries around us have marched ahead in the democratic journey, we have largely regressed.”

The former APC Chairman also called on the ruling party to organize a national executive committee (NEC) to set up a caretaker panel.

“There is a most urgent need for the party NEC to meet and institute for the party a caretaker committee (even if we have to invoke the doctrine of necessity), whose main responsibility will be to arrange for a special national convention,” he said.