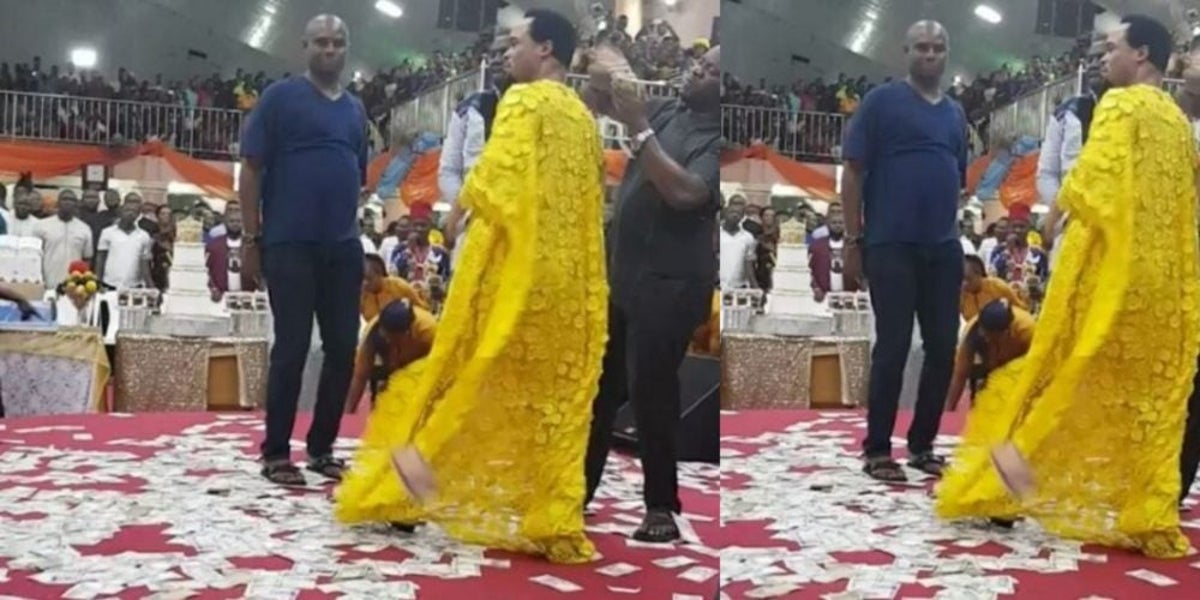 Naija News reports that HURIWA asked the governor of the Central Bank of Nigeria (CBN), Godwin Emefiele, to order Prophet Odumeje‘s arrest for abusing Nigerian Naira, during his public ceremonies in Onitsha.

In a statement issued on Sunday, by its National Coordinator Emmanuel Onwubiko and the National Media Affairs Director, Zainab Yusuf, HURIWA said it had resolved to write officially to the Minister of Finance, CBN governor and President Muhammadu Buhari to implore them to defend the naira against global defacing of the naira notes.

The statement reads thus; “We have watched with disappointments as this self-professed prophet Odumuje kept abusing and defacing the national currency and both the Police and the CBN have failed for many months to stamp their authorities and prosecute these serial abusers of the national currency.

“We ask the CBN to ensure that that the legal provisions that should have protected the naira notes from abuse which are today being observed more in the breach than in compliance should be reversed.

“It is true as observed recently by a patriotic citizen that quite disappointingly, CBN and the security agencies have had their eyes glue-closed while the nation and its inhabitants suffer from preventable abuses of the national currency.

“Just as we reaffirm and re-echo the fact as stated by an observer that as it were, the law against abuse of naira has been in place for over a decade, yet the CBN is still at the stage of “awareness creation” and “sensitization” of the citizens whereas religious houses are openly celebrating the abuses of the national currency which is a legal tender that ought to be respected by the citizens and everyone in Nigeria.”

The Human Rights group recalled that according to Section 21(3) of CBN Act 2007 “spraying of, dancing or matching on the Naira or any note issued by the Bank (CBN) during social occasions or otherwise howsoever shall constitute abuse and defacing of the Naira or such note and shall be punishable under Sub-section 1 of this section.”