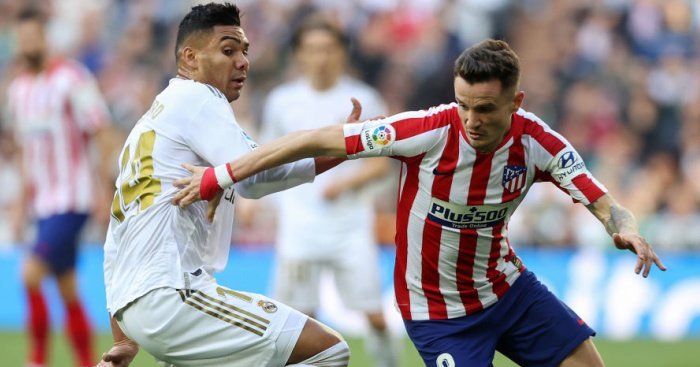 Manchester United are growing increasingly confident of landing Atletico Madrid midfielder Saul Niguez this summer in a club-record £135m deal as a replacement for Paul Pogba.

According to report Manchester United’s player Pogba is likely to join Real Madrid when the transfer window opens in a deal that could cost up to £100m.

Naija News Understands that  Manchester United send scouts to watch the Spanish midfielder in the clash against Liverpool at the Wanda Metropolitano in the Champions League and the report was positive.

The 25-year-old is considered one of Spain’s best midfielders and has played 19 times for his national side, scoring three goals. However, there is a huge gap between his market value of £82 million and that £135 million release clause.

Manchester United also have Ajax star Donny van de Beek as their Plan B but believe the 22-year-old prefers a move to the Bernabeu.  But that won’t bother Solskjaer should he able to land first choice Saul in what would be the costliest deal in British football history.