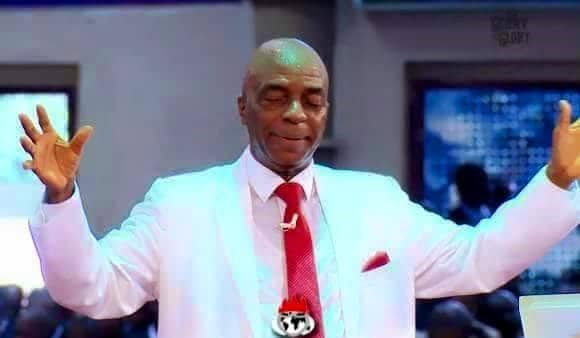 The arrest of Bishop David Oyedepo, the General Overseer of the Living Faith Church Worldwide, has been called for by the Arewa Youth Consultative Forum (AYCF)

This was released in a statement this evening by Yerima Shettima, AYCF National President.

He said the cleric was still walking the streets of Nigeria freely despite flouting the federal and state governments’ ban on large gatherings over the coronavirus outbreak.

He claimed that despite warnings, Oyedepo still mobilized a huge crowd of people at Canaan in Ibadan for so-called religious activities.

The group then declared that the church has no justification whatsoever for bringing a large crowd of people together in the name of worship at a time the greatest number of deaths have been recorded because of the Covid-19 pandemic.

The youths stated that it was a callous violation of the Nigerian government’s safety instructions at this critical moment.

“Pastor Oyedepo has openly shown not only his disdain for the rule of law but also the value of human life. He has chosen to endanger the lives of many of his innocent followers by deliberately refusing to be guided in face ofthis global pandemic

“We therefore challenge Pastor Oyedepo to tell us if he did not take advantage of his closeness to Vice President Yemi Osinbajo in this flagrant disobedience to Nigerian laws and the United Nation’s Charter on the safety of human lives.

“He owes this nation full explanation for being the only Nigerian to indulge in creating a gathering of the Ibadan Canaan magnitude, when the restriction of movement is respected all over world because of the current pandemic.

“We therefore share the view of all prominent Nigerians that this Pastor should be promptly arrested for endangering the lives of innocent Nigerians, recklessly using religion as a cover.

“We hope the Nigerian security agencies will swing into action so that the prompt arrest of this callous clergyman would serve as a deterrent to others”, it read.