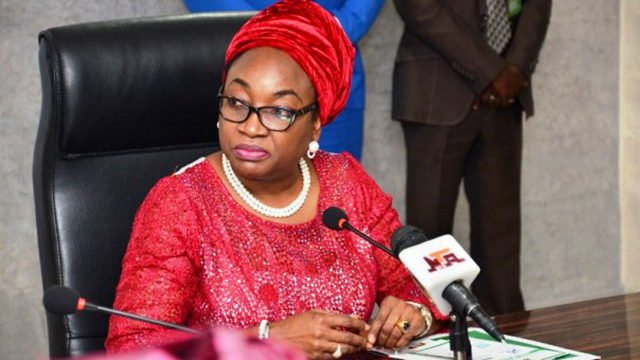 The Economic and Financial Crimes Commission (EFCC) has announced the arraignment of Nigeria’s former head of service, Winifred Oyo-Ita, for alleged fraud.

The anti-graft’s spokesperson, Tony Orilade, who made this known in Abuja said that she would be arraigned along with eight others before Justice Taiwo Taiwo of the Federal High Court, Abuja.

They will be arraigned for fraud in relation to Duty Tour Allowances, DTA; Estacodes; conference fees fraud and receiving kick-backs on contracts,”

“During investigation, it was discovered that Oyo-Ita, in her roles in the civil service as Director, Permanent Secretary and Head of Service, used her companies as well as Effiok’s and Umar’s companies as fronts to receive kickbacks from contractors of various ministries and parastatals where she worked.

“The former head of service in collusion with Effiok who was her Special Assistant, along with one Titus Okunriboye Tomsin, made bogus claims of fictitious DTA, Estacodes, conference fees which were paid by the government to the accounts of the suspects.” the statement read.

Those to be charged with her for fraud allegations relating to Duty Tour Allowances (DTA); estacodes; conference fees and kickbacks are Frontline Ace Global Services Limited and Asanaya Projects Limited.

The others include Garba Umar and his companies: Slopes International Limited; Gooddeal Investments Limited; Ubong Okon Effiok and his own company, U & U Global Services Limited; and Prince Mega Logistics Limited.