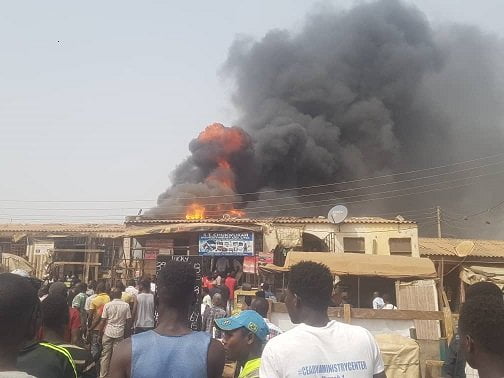 Some sections of Jabi motor-park Abuja has been gutted by a fire outbreak.

Naija News reports that the inferno was caused by an explosion that sent out a large ball of fire and smoke into the air, causing pandemonium around the densely populated business area of the city.

The situation got worse when the fire spread to a shop where car batteries and car gas were being sold, causing more havoc.

However, the FCT fire service was able to put out the fire and prevented it from spreading to other shops.

Meanwhile, traders at the marketers with the assistance of some sympathizers evacuated goods from other shops to prevent them from being consumed.

Naija News also learnt that no life was lost in the incident as findings revealed that the fire was caused by an electrical spark in one of the shops.