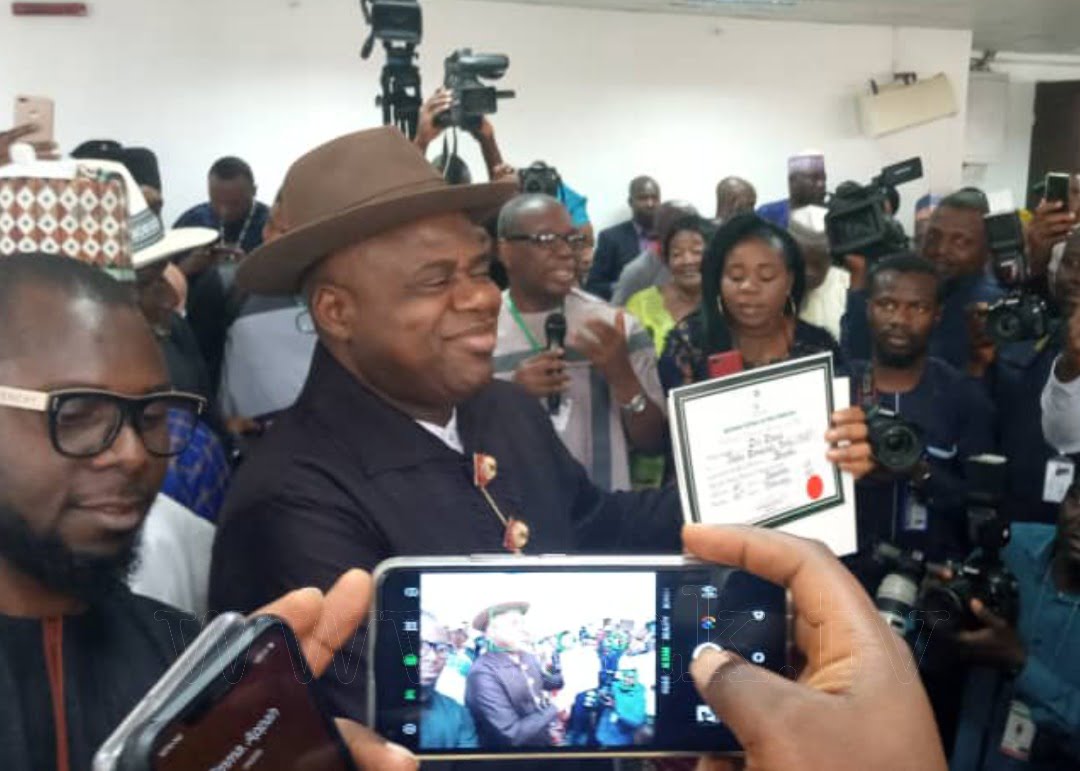 The Independent National Electoral Commission (INEC) on Friday, presented the Certificate of Return to Senator Duoye Diri as the duly elected governor of Bayelsa State.

This happened at the INEC headquarters in Abuja, the nation’s capital.

Also presented with his Certificate of Return as the Bayelsa State Deputy Governor-Elect was Senator Lawrence Ewhrudjako.

It will be recalled that INEC chairman, Prof. Mahmood Yakubu had earlier declared Diri as the duly elected governor of Bayelsa state in compliance with the Supreme Court judgment on Thursday which sacked David Lyon of the APC.

“The total votes cast after excluding those of the APC now stand at 146,999. PDP polled 143,172 and scored 25 percent as required by the law,” Yakubu said during the briefing.

The apex court, in a unanimous decision by a five-man panel of Justices led by Justice Mary Odili on Thursday, held that deputy governorship candidate of the APC, Biobarakuma Degi-Eremieoyo presented a forged certificate to the Independent National Electoral Commission (INEC) which led to the cancellation of his ticket with David Lyon.