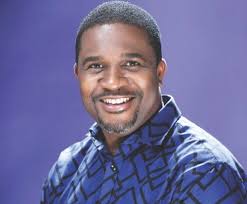 One among the Kuti’s family, Babasola Kuti, has come hot on those whom he accused of making governance difficult for ex-president, Goodluck Ebele Jonathan’s administration.

Kuti who tweeted on Friday on his twitter page reacting to the former administration said that all those who made it as it was then are currently reaping the fruit of their labour.

Naija News understands that the activist in his tweet with the sound of mockery congratulates the people who frustrated GEJ administration, thanking them for a job well done.

Those who promised to make Nigeria ungovernable for GEJ/PDP are currently enjoying the fruits of their labour.
Eku orire o!

Naija News recalls that about two months ago, a former aide of the ex-president, Goodluck Jonathan, Reno Omokri, has said that Nigerians deserved the Buhari-led government.

Reno said this why reacting to claims that he was silent over the outcome of the Kogi State governorship election.

He stated in his statement that his action was due to the attitude of Nigerians towards him, Femi Fani-Kayode and Dino Melaye.

He described Nigerians as being ungrateful and stated that he will no longer criticize President Muhammadu Buhari government and concentrate on evangelism.

Omokri who took to his Twitter account wrote, “Some say I am not speaking on Kogi elections. I‘ve tried. I sponsored buses for democracy to ferry Nigerians to vote. I fed them, I have talked and done.”

“It‘s now time for me to accept that Nigerians deserve the government they have. Let me focus on evangelism.”

“Do you now see why I have given up? I‘m one of the few who went into government without stealing, yet the same Nigerians I am fighting for will accuse me of stealing.”

He pointed to the time he was accused of making money from Free Leah Saribu and the recent one was that he is being paid by Apple.

Reno further stated that he thought Buhari and APC were the major problems of Nigeria, but that he was wrong.

He added; “I once thought General Buhari and APC were Nigeria’s problem. In deciding to wash my hands off Nigerian politics, I concluded that we ourselves are the problem. Christ already died for Nigerians, I would not join him to die, I will follow Him and live!”

PDP, APC Accused Each Other Of Plan To Rig Akwa Ibom Senatorial Rerun