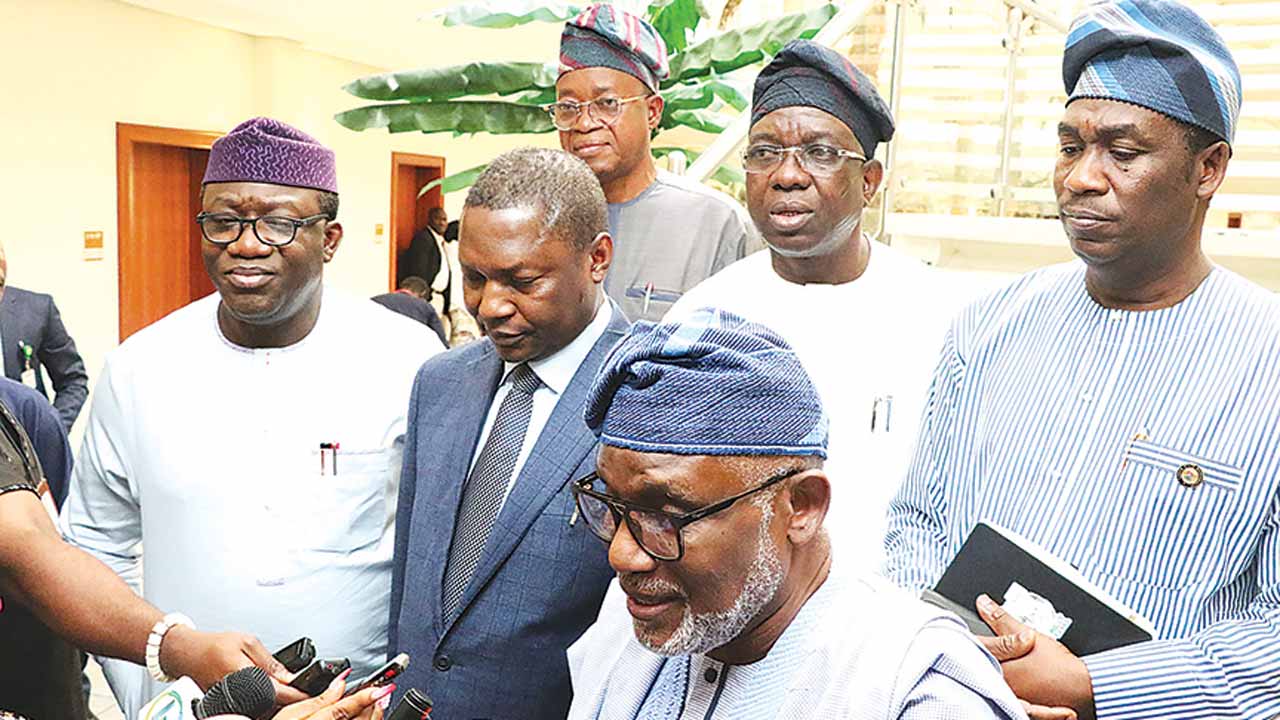 The Ondo State Governor and Chairman of the Southwest Governors, Rotimi Akeredolu, has revealed what was agreed between governors and Vice President Yemi Osinbajo on Amotekun.

Giving more details while speaking to State House correspondents after the meeting, Akeredolu said south-west governors and Osinbajo have agreed on a way forward.

He said: “We held a very fruitful discussion, the governors of the South-West were there. The meeting was presided over by the Vice President, the AGF was there and the Inspector General of Police.

“We have rubbed minds and all of us have agreed on the way forward. The most important thing is that we are going to have the legal framework to back this Amotekun. And this legal framework is going to be one in which all of us will look at and we will be sure that it goes without any hindrance.”

He added that the South-west security outfit was part of the Federal Government plan to start community policing.

The Ondo Governor also dismissed reports that the Sout-west governors did not consult widely before setting up Amotekun.

He revealed that governors in the region met with the Inspector General of Police and other security agencies before establishing Amotekun.