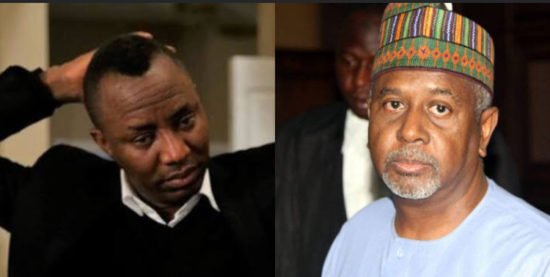 A human rights lawyer, Femi Falana has again called on the Attorney General of the Federation and Minister of Justice, Abubakar Malami, to apologize over the disobedience of court orders.

The Minister of Justice had claimed that the federal government had appealed for a stay of execution all through, and until the case got to the supreme court, the government was operating within the laws to keep Sowore and Dasuki in detention.

Reacting in a statement on Sunday, Femi Falana stated that such comments from Abubakar Malami have left the judiciary in ridicule.

He asked the AGF to check Sowore’s case file as there was no time the government appealed judgments granting him bail.

Falana wrote: “Since the release of Sowore and Dasuki from illegal custody on December 24, 2019, the attorney-general of the federation and minister of justice, Mr. Abubakar Malami SAN has put himself under undue pressure.

“In the process, he has embarrassed the executive and exposed the judiciary to ridicule. After announcing that he had directed the state security service to release Sowore and Dasuki from custody in compliance with the court orders that had granted them bail the justice minister turned round to say that the release was an act of compassion and mercy on the part of the executive.

“With respect, the minister’s statement is factually and legally erroneous in every material particular. If the justice minister has had time to review Sowore’s case file which he had withdrawn from the State Security Service he would have confirmed that no appeal was filed against the two decisions of the federal high court which admitted him and his co-defendant, Mr Olawale Bakare to bail.

“Instead of challenging the orders granting bail to Sowore and Bakare at the court of appeal, the State Security Service had actually attempted to constitute itself into an appellate court over the federal high court by insisting on approving the sureties that had been verified by the trial court.

“As defence counsel, we rejected the illegal request to produce the sureties before the director-general of the State Security Service until the Honourable Justice Ijeoma Ojukwu gave him a 24-hour ultimatum to release the duo from illegal custody.”