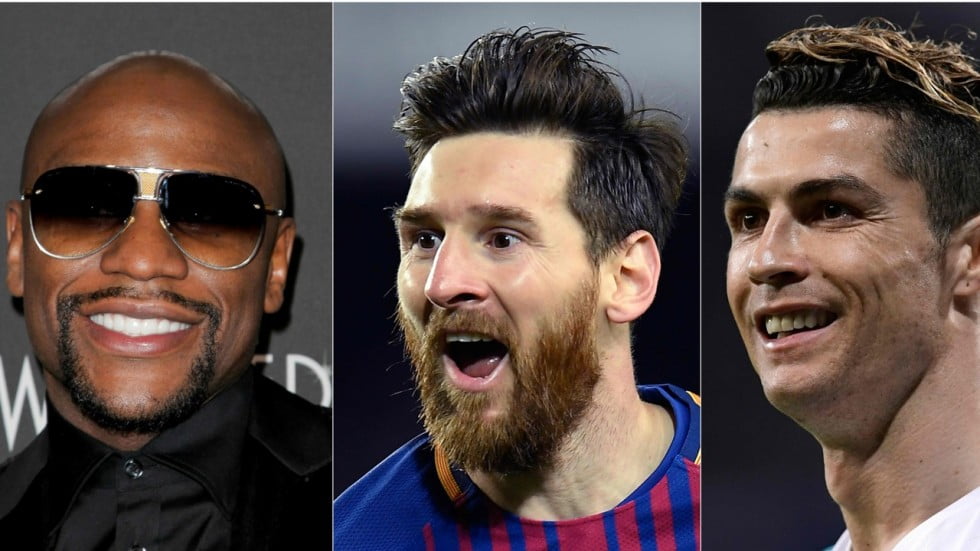 American business magazine, Forbes has released its list of top 10 highest-paid athletes of the decade.

The top 10 for the decade, which includes a pair from boxing, soccer, basketball, and golf, collectively made $6.1 billion.

The Forbes list also excluded earnings for athletes during their retirement years, keeping NBA stars like Kobe Bryant and Michael Jordan out of the top 10.

Serena Williams is the only woman among the 40 highest-paid athletes of the decade, earning $215 million.

The six-time F1 World Champion is the most marketable athlete in the sport and commands the biggest paycheck.

Durant’s annual earnings from his salary and endorsements jumped 400% during the course of the decade.

Pacquiao’s 25 pay-per-view fights have generated 20 million buys and an estimated $1.3 billion in revenue.

Mickelson nabbed the biggest paycheck of his career in 2018 when he defeated his longtime rival Woods in an exhibition for a $9 million purse.

Tiger averaged only 10 PGA Tour events per year during the 2010s, but his endorsement earnings for the decade were tops among athletes.

James has made more than twice as much from endorsements during his first 16 years in the NBA, compared to his $270 million in playing salary.

Messi’s 2019 playing salary for Barcelona is the highest of any athlete across all team sports.

Ronaldo’s endorsement partners benefit from his massive Instagram and Facebook followings, which both rank as the biggest of any person on the planet.

Mayweather pocketed more than $500 million combined for his 2015 and 2017 fights versus Manny Pacquiao and Conor McGregor.