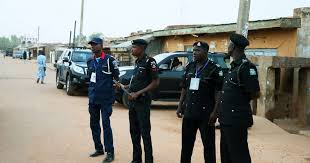 Ahead of today’s local government council polls in Adamawa state the number of security personnel deployed has risen to 7,343, new police commissioner in charge of the election has said.

Those deployed include Police, Civil Defence, Correctional service, Immigration, NDLEA, Custom, Federal Road Safety Corps and Federal Service all are said to partake in the exercise.

The deployed police commissioner in charge of the election Philip S. Maku who stated this to newsmen explained that the command uses the national guidelines of security arrangement for the conduct of elections in the deployment.

He announced that there would be restriction of movement from 8.am to 2.p.m, while stop and search, patrols and monitoring of election process in the entire state would be done to apprehend anyone that might break the law and order.

“Let me warn that no form of election rigging, thuggery or violence would be allowed to disrupt the election process Maku,” said he.

Hence, Maku called on the law-abiding citizens to report any suspicious movements around them to Police for immediate action.

The state Governor Ahmadu Umaru Fintiri had earlier in a state broadcast assured free-playing ground for the participating parties.