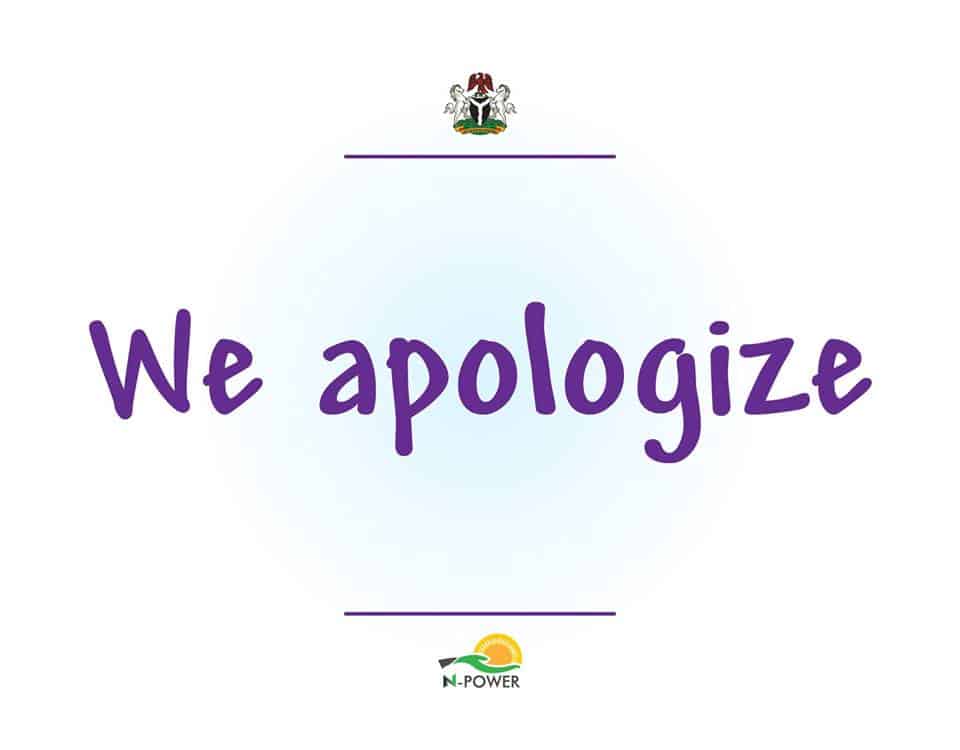 The Minister of humanitarian affairs, disaster management and social development, Sadiya Umar Farouq has explained why N-Power beneficiaries are yet to get their October and November stipends.

In her submission, the stipends are yet to be paid because those who enrolled in 2016 have not exited the N-Power programme.

She said this on Monday while speaking with journalists in Abuja.

She said these beneficiaries “are supposed to have graduated to a more productive venture”.

“I have received initial briefings from heads of agencies and programmes reporting to the ministry from October 2019. However, on account of the technicalities involved, the handing over process is still on-going.”

“With regard to recent agitations and outcry against the non–approval of payments for October and November, 2019 stipends to N-Power beneficiaries, the ministry wishes to reaffirm its commitment to ensuring that beneficiaries of all the SIPs access interventions designed for them within the stipulated guidelines.

“The N-Power beneficiaries enrolled in 2016 are yet to be exited, 16 months after the elapse of their contract. They are supposed to have graduated to a more productive venture.

“The ministry is currently making efforts to develop an exit strategy, which is non-existent.”

However, it will be recalled that Naija News previously reported that Maryam Uwais, special adviser to the president on social investment said exit plans have already been put in place for beneficiaries of the scheme whose term have expired.

She said this while speaking with NAN on Monday.

Naija News reports the N-Power Programme is a social intervention scheme introduced in 2016 by the President Muhammadu Buhari Administration for Nigerian youths between 18 and 35 in graduates, as well as for non-graduates category.

Beneficiaries under the graduate category are paid N30,000 monthly allowance for their services.