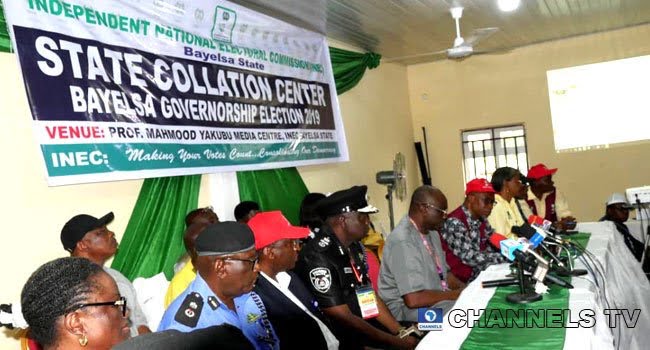 The final Bayelsa Election results for all Local Government Areas (LGAs) where the governorship election took place have emerged.

Naija News had reported earlier that the National Electoral Commission (INEC), declared David Lyon of the All Progressives Congress (APC), Nigeria’s ruling party, as the winner of the Bayelsa Governorship Election.

This online news platform understands that Professor Orunmuwese returned the APC candidate as the winner of the keenly contested Bayelsa election after scoring the highest number of votes in the poll.

This means Lyon won the Bayelsa Election with a difference of over 180,000 votes.

See the result table below…