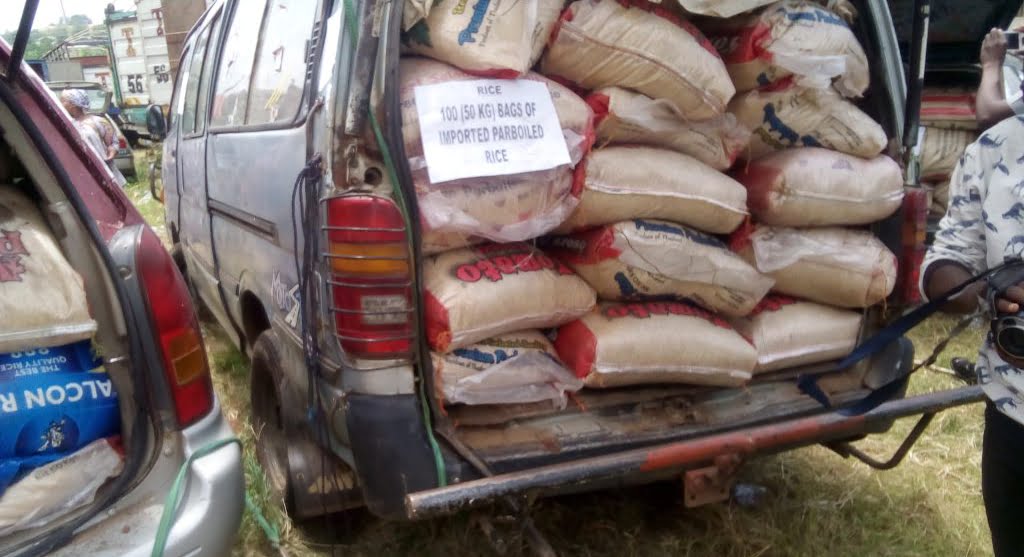 Operatives of the Nigerian Customs Service (NCS) have apprehended fifteen suspects for re-bagging foreign rice to sell as local rice.

Naija News understands that the arrest of the fifteen suspects was made by the Adamawa/Taraba command of the NCS.

The arrest of the suspects was made known in a statement by the Controller in charge of Adamawa/Taraba Command.

The Controller revealed this while addressing reporters on Tuesday, October 22 on the incident.

He disclosed that the suspects were arrested in a warehouse in Yola, Adamawa state Capital.

They were arrested with the possession of 900 bags of rice with duty paid valued at N14.5 million.

“We have 15 suspects including the manager of the warehouse and some labourers. We can assure you that they will be prosecuted according to the law.” the Controller said.

The Controller further warned smugglers in the area, pointing out that the command was seriously committed to checking their activities.

He noted that the command would soon embark on raiding markets for foreign rice.

“In fact, we had a meeting with Yola market officials and cautioned them on selling foreign rice.

“We need to assist our local farmers who I am pretty sure can feed the nation,” he said.

The controller also showed a truck arrested with three people containing foreign rice, along Mubi-Yola road covered with bags of beans and other grains with duty paid valued at N10.3 million.