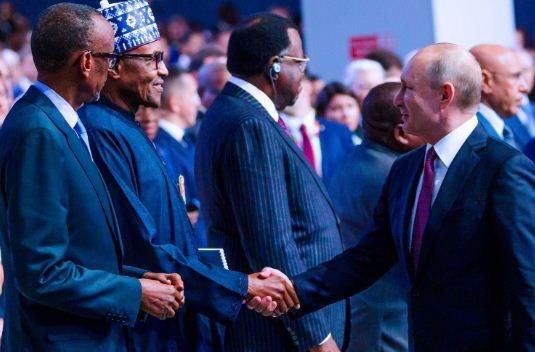 President Muhammadu Buhari on Wednesday met Russian President, Vladimir Putin at the opening of the Russia-Africa Summit holding in Russia.

Speaking during the opening session of the Summit, Putin said Africa has many potential partners with good prospects.

He added that Russia would aim to double trade with Africa over the next five years.

"We currently export to Africa $25 billion worth of food — which is more than we export in arms, at $15 billion. In the next four to five years I think we should be able to double this trade, at least," he told African leaders at the Black Sea resort of Sochi.

"In Africa, there are very many potential partners with good prospects." 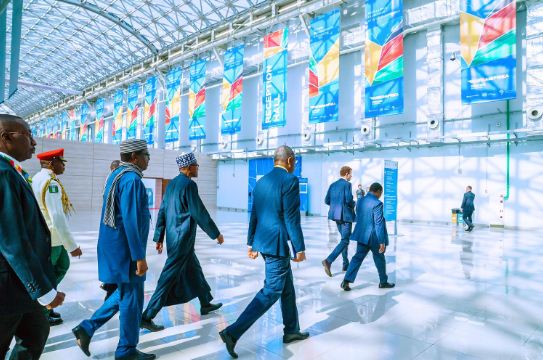 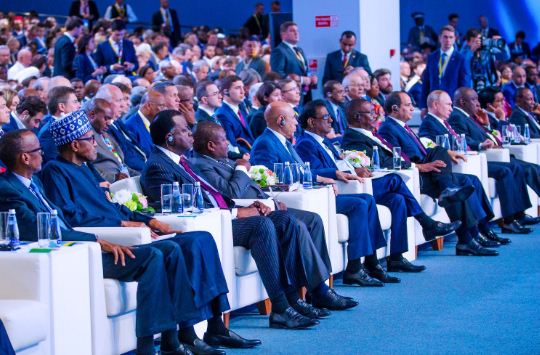 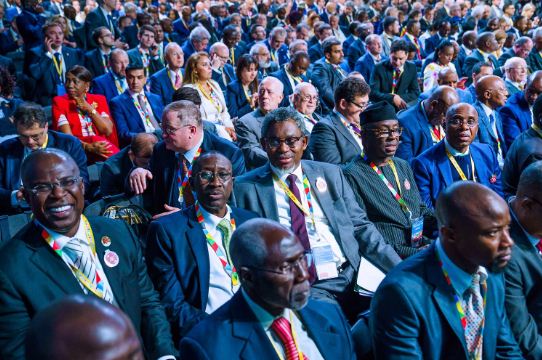 Naija News reports that the summit is scheduled to end on October 25th, 2019.

In a statement by the Senior Special Assistant on Media and Publicity to President Buhari, Garba Shehu, the summit will focus on exploring and expanding opportunities in security, trade and investment, science and technology, and gas production.