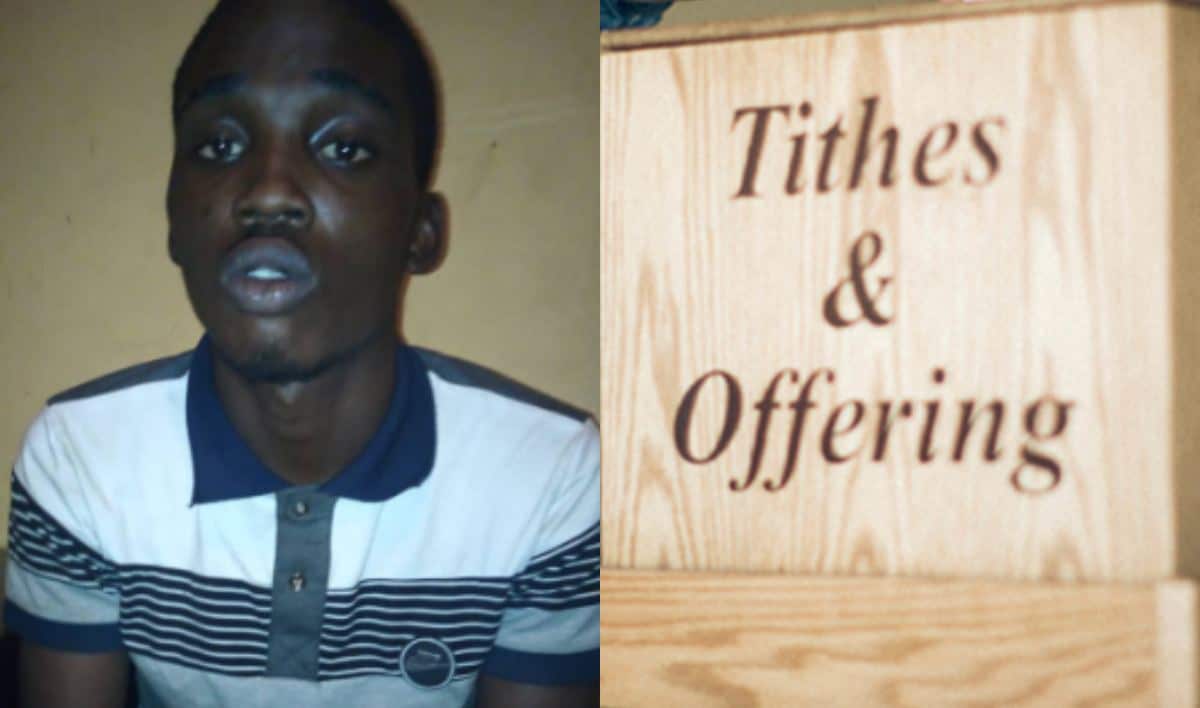 A teenager identified as Elikor Ehud, in Ejigbo area of the Lagos State has been arrested by the State Police Command, for allegedly stealing tithes and offering at the Chosen Vine Ministry, Furniture Avenue.

The spokesperson of the state police command, DSP Bala Elkana, revealed this in a statement on Sunday.

Elkana, while speaking on the incident stated that one Pastor Moses Nwoke of the above ministry had reported at Ejigbo Police Station about the stolen tithes and offering from the church altar by unknown persons.

He noted that after a thorough investigation conducted by the Ejigbo police station, the 18-year-old was arrested.

“He confessed stealing the sum of N670,000 from the church boxes and also mentioned one Lucky as his accomplice.

“Efforts are on to apprehend the said accomplice. The suspect will be charged to court,” NAN quoted him as saying.