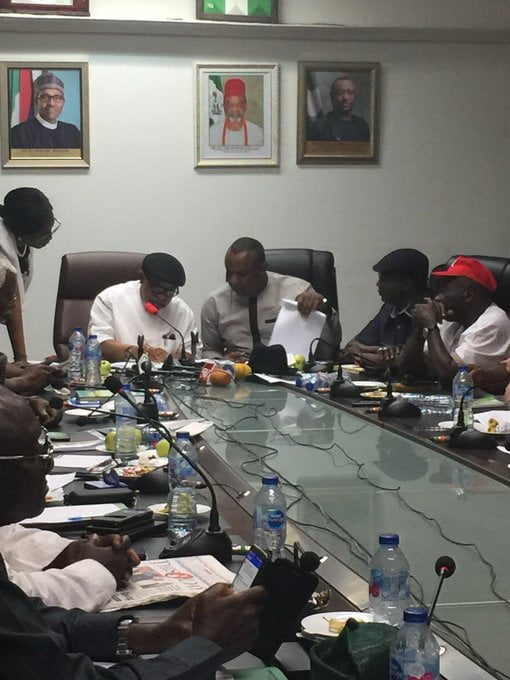 The Federal Government and organised labour have finally agreed on the implementation template for N30,000 new national minimum wage.

Naija News reports that the Federal Government and organised labour reached the agreement on the percentage increase on the consequential adjustment in workers’ salaries as a result of the new minimum wage of N30,000 on Thursday night.

During an advanced stage of the meeting, Festus Keyamo, the Minister of State for Labour and Employment, tweeted from the venue that both parties had reached an agreement, but he did not give details.

The tweet read, “After some delicate negotiations (with both ministers as conciliators), the government and labour have finally reached an agreement on the consequential adjustment of other wages following the implementation of the enhanced minimum wage of N30,000. We are working on the communiqué.”

After some delicate negotiations (with both Ministers as conciliators) Government & Labour have finally reached an agreement on the consequential adjustments of other wages following the implementation of the enhanced minimum wage of N30,000. We are now working on the communique pic.twitter.com/P0EjSdUFIj

The TUC confirmed the peace pact in a statement issued by its President Quadri Olaleye, and the Secretary-General, Musa-Lawal Ozigi.

In the statement, the TUC commended the Federal Government and labour for their patience while the National Minimum Wage negotiations lasted.

The statement read, “We commend the Head of Service of the Federation, Dr Folashade Yemi-Esan, and her team for their sincerity.

“Though they argued that the government could not afford to meet our earlier demand of N30,000 minimum wage across board because of the economic situation in the country, we made them understand that some people could not be more Nigerian than others.

“If we are tightening our belts, government should also do so,” the statement added.

At about 3am this morning, we signed this Terms of Settlement b/w Govt & Labour which reveals different percentages of adjustments in other wages after the minimum wage adjustment. Those of the law-enforcement agencies have also been done, but are not captured in this Memorandum. pic.twitter.com/OrkNIZ201x