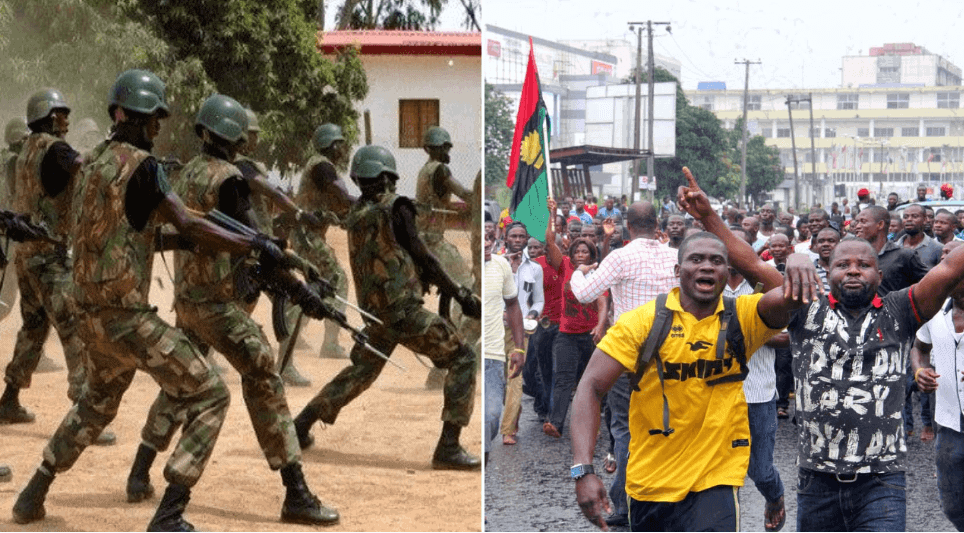 The Nigerian Army has announced a change in the name of one of its annual training exercises known as “Exercise Egwu Eke” (Python Dance).

According to the statement on Wednesday by the authorities of the Nigerian Army, the exercise will now be known as “Atilogwu Udo”.

The statement signed by Col. Aminu Iliyasu, Nigerian Army Operations Media Coordinator said apart from the name change, all other information on the exercise remains unchanged.

“The authorities of the Nigerian Army wish to inform the general public of the change of name of one of its annual training exercises code named, “Exercise EGWU EKE” to ‘Exercise ATILOGWU UDO’.

“The annual training exercise commenced in 2016 and has consistently recorded remarkable successes since its introduction. The Exercise, which covers the South East region of the country, is designed to combat criminal activities including kidnappings, armed robbery, inter-cult and communal clashes among other sundry crimes.”

“All other information relative to the Exercise as contained in the previous Press Statement and Press Conference issued by the Army Headquarters remain unchanged.”

The Army statement further communicated the commitment of the Nigerian Army under the leadership of the Chief of Army Staff, Lieutenant General Tukur Yusufu Buratai to the protection of lives and properties of citizens.

“The Chief of Army Staff Lieutenant General Tukur Yusufu Buratai wishes to reiterate the commitment of the Nigerian Army in protecting lives and properties of citizens particularly during these ember months and the fast approaching Yuletide season.”

“He also wishes to further solicit the support and understanding of all well-meaning Nigerians towards providing a well secured environment for all and sundry.”