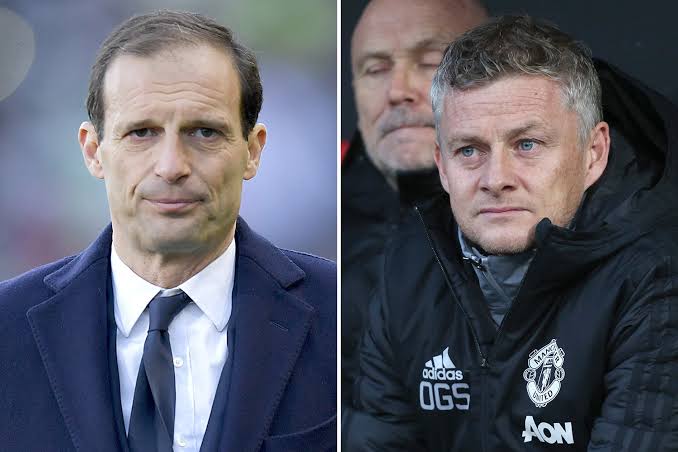 The Norwegian has endured a difficult start to the season, after only being able to guide united to 12th place on the English Premier League table.

The Red Devils have had to deal with numerous injuries this season with first-choice goalkeeper David De Gea adding to that list ahead of this weekend’s home clash against table-toppers Liverpool.

United legend Solkskjaer knows that a heavy defeat to Liverpool on Sunday will only increase the likelihood of him losing his job at Old Trafford.

Tuttosport reports that United’s hierarchy are ready to act and are closing in on the appointment of Allegri, in a deal worth £6.5m a year.

The former AC Milan manager wants to bring former Liverpool midfielder, Emre Can and striker Mario Mandzukic with him, as he plans an overhaul at Old Trafford.

Following United’s latest defeat, away at Newcastle before the international break, talks with Allegri are said to have intensified.

Allegri has been without a club since leaving Juventus last summer and the 52-year-old had planned on taking a year-long break from football activities.

The Italian has also been linked with a move to Tottenham who are experiencing a turbulent season so far.