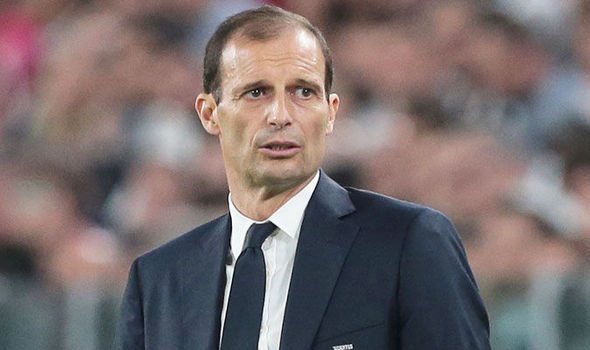 With Arsenal seeing its long time coach, Arsene Wenger, depart from the club after 22 years of leadership, there has been speculations on who will fit into the legendary coach’s shoe.

Recall that Naija News had reported that Arsene Wenger will be leaving the English team after a long meritorious service at the club including an unbeaten season.

The likes of Juventus coach, Massimiliano Allegri, former Arsenal player, Patrick Vierra and Carlo Ancelotti, former Bayern Munich coach have been listed to be the possible coach of Arsenal.

Massimiliano Allegri has cleared the speculation on Sunday of his move to English Premier league giants Arsenal after leading Juventus to a seventh straight Serie A title.

“If they don’t fire me, then I think I’m staying at Juventus next year too,” Allegri said after a goalless draw against Roma sealed a 34th Scudetto for the Turin giants.

It gave Juventus a four-point lead over second placed Napoli and gave 50-year-old Allegri his fourth Cup and league double in as many seasons with Juventus.

“It’s not an issue of decisions on the future, it’s about planning what the future of Juventus will be, because once we’ve finished celebrating, we have to sit around a table with clear heads.

“When the next season begins, we all start from zero points and must continue proving we are competitive.”

Allegri has two years remaining on a contract extended last June, but has been touted as a replacement for Arsene Wenger at Arsenal and also for Chelsea’s Italian boss Antonio Conte.