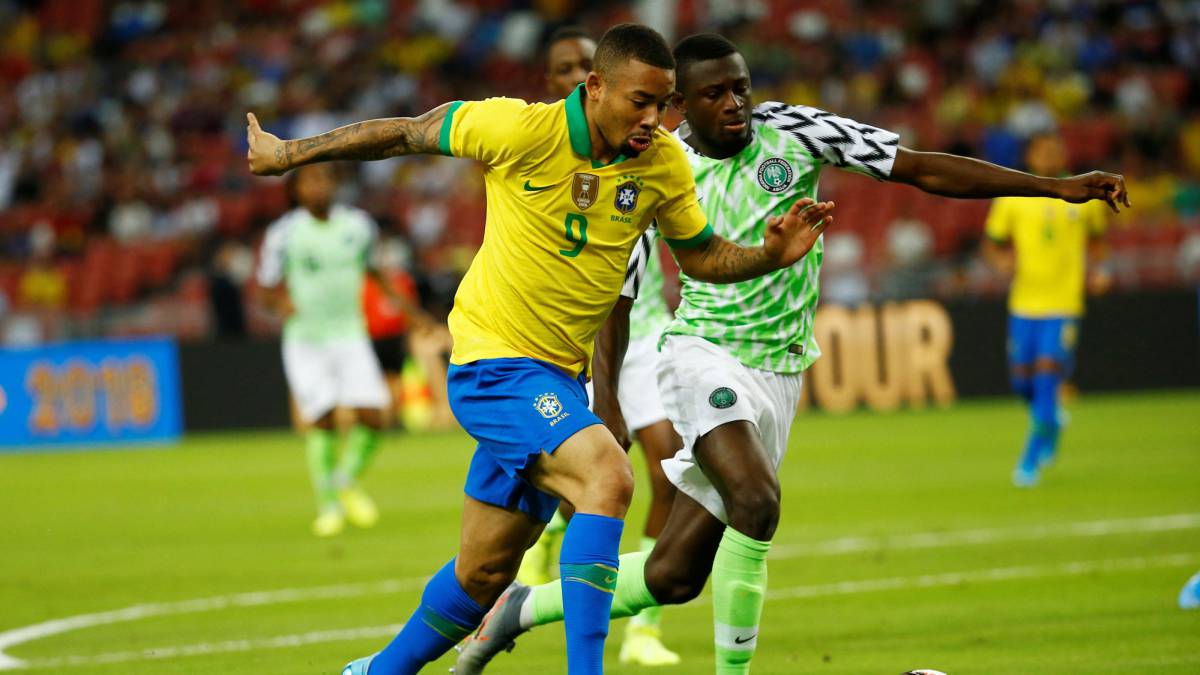 Former Deputy Senate President, Ike Ekweremadu, has congratulated the Super Eagles of Nigeria over their 1-1 international friendly draw against Brazil on Sunday.

Naija News reports that the friendly match between Brazil and Nigeria at Singapore’s National Stadium ended on a 1-1 draw.

The Super Eagles took the lead against the run of play with Glasgow Rangers striker Aribo quick to react in the Brazil box lashing home in the 35th minute as Marquinhos dawdled.

The draw sees Brazil now failing to win a match in their past four outings with the major concern from the Seleção perspective being Neymar limping off in the 12th minute of the action.

He wrote: “Kudos to Super Eagles. A draw against Brazil is a good result. Our defence did a good job.

In a post on Twitter, Don Baba J, as he is fondly called by fans, stated that Samuel Chukwueze, Alex Iwobi and Victor Osimhen led the Super Eagles attack well.

“That was a hard-fought draw against five-time world champion, Brazil. Joe Aribo was really impressive in the midfield while Chukwueze, Iwobi and Osimhen led the attack well.

“I just think Tammy Abraham would have been a good back up to Osimhen in this squad. Good match! #BRANGA.”