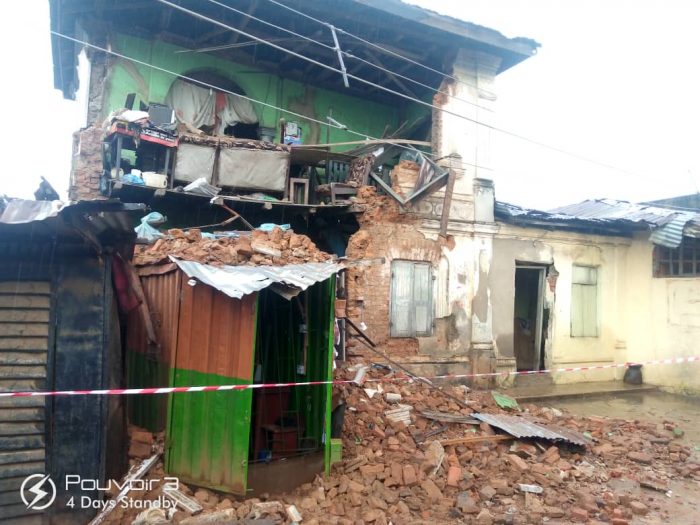 Another storey building on Saturday, collapsed on Rademo Street, behind recreation centre, Ita Elewa, in the Ikorodu area of Lagos state.

Naija News reports that the storey building that collapsed as a result of the downpour on Saturday, becomes the second building collapse to be recorded on Saturday.

While confirming the collapse of the building, the Lagos State Emergency Management Agency (LASEMA), revealed that no life was lost.

Investigations by LASEMA revealed that aside the heavy downpour, the obviously old building constructed with mud bricks, had been seriously distressed over time with visible cracks on its other yet-to-collapse sides.

Oke-Osanyintolu said the law not only stipulated removal of debris after rescue, but also included seizure of such property for constituting risk to other residents within the immediate environment and those close to the building as at time of the incident

In order to avert danger to adjoining buildings and other users of the environment, Oke-Osanyintolu recommended strongly that the remains of the building be pulled down, the debris removed and the property forfeited to the Lagos State Government as stipulated by law.

This comes after this online news platform had reported that four lives have been lost after a fresh building collapse in the Magodo area of the state.

As at press time, the cause of the collapsed building in Magodo is still yet to be ascertained, although, sources revealed that the collapse might not be unconnected to the recent downpours in the state.