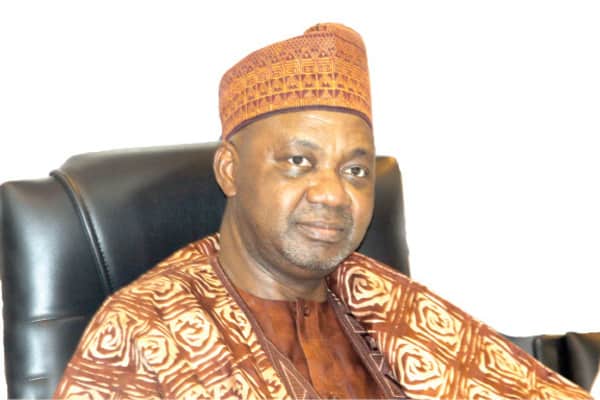 The Kaduna State Governor, Nasir El-Rufai, has been commended by the former Vice President, Namadi Sambo, on Friday, for completing the Zaria water expansion project, which has not received attention for 42 years.

According to NAN, Sambo commended Gov. El-RUfai when he paid a courtesy visit to the governor in Kaduna.

“It is an important milestone,” he further stated that it had addressed the perennial potable water shortage in the ancient city and improved the social and economic life of the people.

“I am particularly humbled for recognizing my contribution to the successful completion of the water project during the commissioning.”

“Certainly you have shown that improving the lives of our people matter the most to you”.

“In particular the 300 bed specialist hospital when completed will provide enabling environment to train our doctors and other medical personnel, improve health care delivery and end medical tourism.”

“I am not surprised at your immense achievements; I have clearly read your industrial and development plans and I want to assure you of our support to the noble objective in improving and uplifting the economic status of the state.”

Responding, El-Rufai said: “You are the best of all governor of Kaduna state. Some governors caused problems, we are trying to solve them, some engaged in their businesses, we tried to reverse it.”

“Your vision for the development of Kaduna state is paramount, and I will give examples, because it’s okay to make a statement like that; you visualised what Zaria needed you called consultants to study the problem and proposed solution to it.”

“You went to Abidjan, Tunis, Jeddah and arrange the financing for the Zaria water project, you pushed the Federal Government to build Galma Dam to provide water for this project.”

“You had everything in place, fortunately, you have to move up to higher office. That was when the problems started until we came to office we decided that we are going to deal with the problem once for all.”

“I want to commend you for your vision, focus and efforts. It’s only now we are implementing other projects envisioned by you,” El-Rufai added.