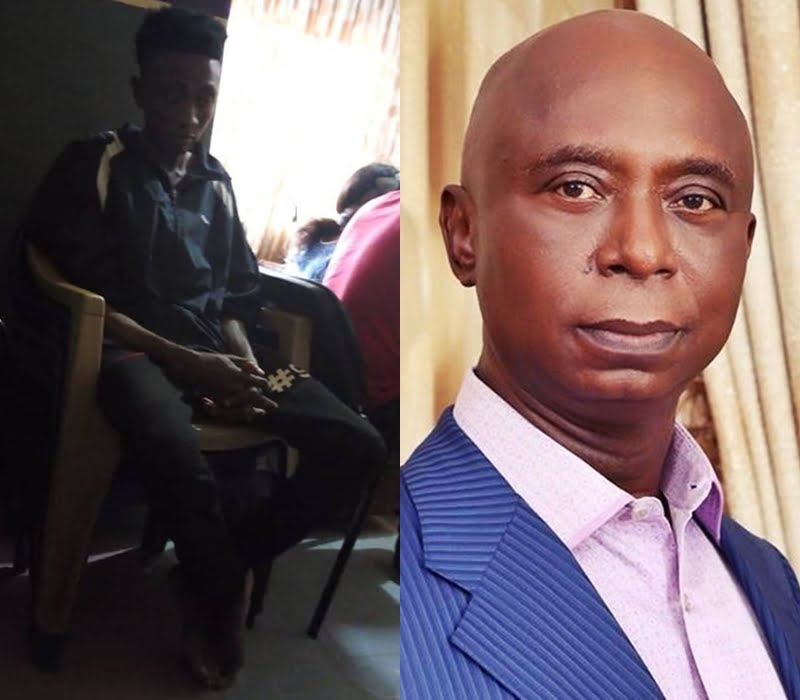 Operatives of the Rivers state police command have arrested a 21-year old suspect identified as Emmanuel Israel for allegedly posing as a son of former House of Representatives member, Ned Nwoko.

Naija News reports that Emmanuel, accused of posing as Emzy Ned Nwoko Jnr, was reportedly arrested at his friend’s place in Mbiama, in the Ahoada West Local Government Area of Port Harcourt, the Rivers state capital.

Upon his arrest, it was revealed that the suspect set up fake Facebook, Twitter, Instagram, WhatsApp as well as email accounts to defraud his unsuspecting victims.

“Intelligence also revealed that the fake Nwoko’s son had kept physical contacts with several unsuspecting members of the public with dubious promises of securing financial deals and sundry favors for them, with intent to extort,” a source close to Nwoko said.

Emanuel was arrested alongside his sister, Love Israel who is also suspected to be his accomplice.

The duo is expected to be charged for possible prosecution upon the completion of investigation.