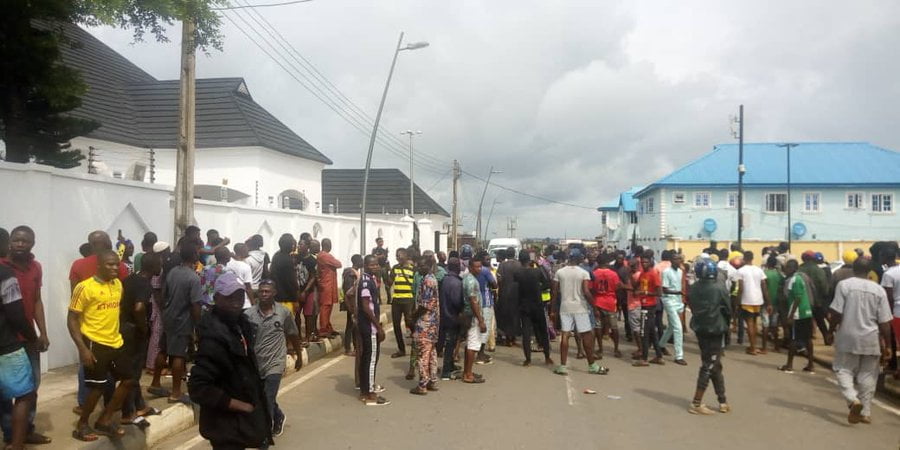 Some resident of Epe have stopped the operatives of the Economic and Financial Crimes Commission (EFCC) from the raid of the residence of immediate past Lagos State Governor, Akinwumi Ambode.

Naija News recalls that the EFCC stormed the house of the ex-governor as part of an investigation of his administration.

However, the EFCC said it was acting within the confines of the law.

“It is instructive that his administration, like other former governors, is under investigation since they no longer constitutionally enjoy immunity against prosecution.

“Whatever the commission is presently doing with regards to the investigation is in line with its mandate and the rule of law,” it said.

Meanwhile, the embattled former governor of Lagos State, Akinwunmi Ambode, has urged his supporters and the general public to remain calm and law-abiding as there was no cause for alarm over the search of his houses by the Economic and Financial Crimes Commission (EFCC). 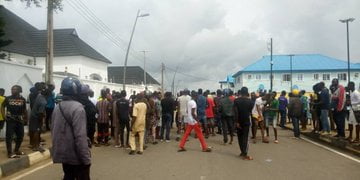 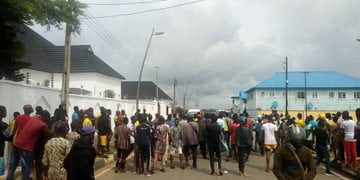 Ambode, in a statement by his media aide, Habib Aruna, spoke on the backdrop of a search by the Economic and Financial Crimes Commission (EFCC) on his Epe Country home and Parkview Ikoyi residence, where the anti-graft agency conducted the exercise without any incident.