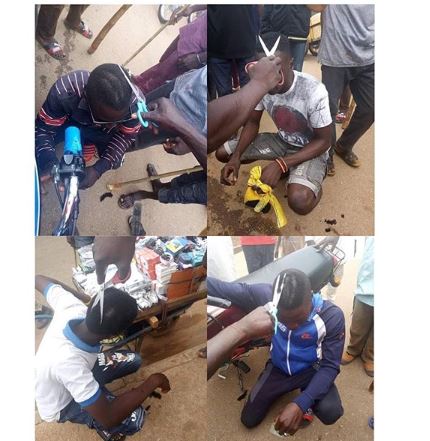 Operatives of the Taskforce in Niger state on Tuesday shaved the hairs of some youths who were caught wearing uncomplimentary hairstyles.

In a report obtained by Naija News, the youths were apprehended roaming about with funny hairstyles while the officers resolved to shave their hairs after they were interviewed by the officers.

The youths were apprehended around the Kontagora axis of Niger state.

It was unclear if the youths were later released of detained by the TaskForce operatives.

The TaskForce operatives while removing the funny hairstyles of the youths, said they will not rest until indecency is sanitized off the lifestyle of youths.