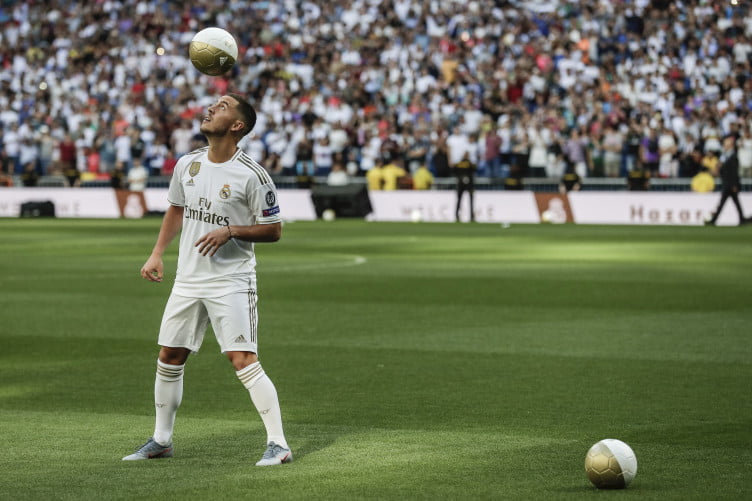 Ahead of a new season, Real Madrid superstar, Eden Hazard, has stated that fans will turn on the players if they fail to win the UEFA Champions League.

The Belgium international had joined Madrid from Chelsea this summer, as the club manager, Zinedine Zidane tries to build up his squad after a difficult 2018/2019 season.

The La Liga side also lost in the Copa del Rey semi-finals to Barca once again.

Hazard told Jay Shetty via Madrid’s official website, “When you play for Real Madrid you need to win things every season. You need to win, win, win.”

“If you don’t win the Champions League the fans get down and that’s to be expected. At this club, you always want to win and that’s why I’m here.”

“I want to play games, score goals and, come to the end of the season, lift trophies”