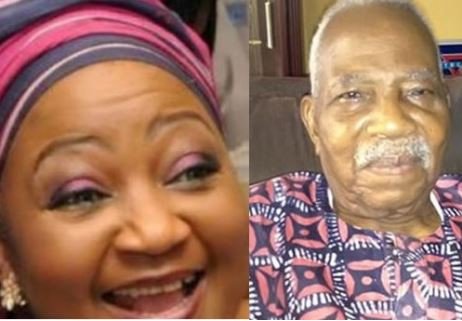 The leader of Afenifere, a Yoruba socio-cultural organisation, Pa Reuben Fasoranti, says he never knew Friday, July 12, would be the last day that he would see his daughter, Funke Olakunrin, who was shot dead along Benin-Ore highway by persons suspected to be “herdsmen.”

Naija News had reported earlier that the Yoruba socio-cultural organisation announced the killing of Mrs. Olakunrin by suspected herdsmen in a terse message sent to The PUNCH on Friday by the spokesman for Afenifere, Yinka Odumakin.

The spokesman for Afenifere said late Mrs. Olakunrin, a 58-year-old woman, was heading to Ore Junction from Akure, Ondo State when she was attacked and shot by the herdsmen.

The statement reads: “We have confirmed the death of Mrs. Funke Olakunrin (58), daughter of our leader, Chief Fasoranti.

“Eyewitness accounts say she died of gunshots from Fulani herdsmen who shot her at Ore junction in Ondo State earlier today.

“She was coming from Akure when the armed Fulani herdsmen came from the bush to attack her and other vehicles.

“Her domestic staff in the car with her also sustained gunshots.

“This is one death too many and a clear we-can-take-it-no-more death,” the statement by issued by Odumakin on Friday said.

Reacting to the killing, the Afenifere leader, who spoke while receiving dignitaries at his Akure residence, asked the federal government to check the high rate of crime in the country.

“She came to me around 9 am on Friday to bid me farewell. I never thought I would not see her again.

“President Muhammadu Buhari has called to commiserate with me. But all I need from the president is to find solutions to these killings in the country,” he said.