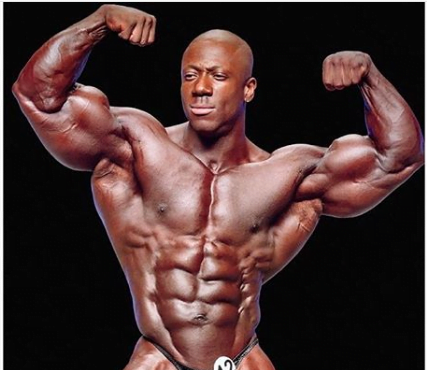 Bodybuilder and winner of Mr. Olympia, Shawn Rhoden, has been charged with first-degree rape in Utah, U.S.

The 44-year-old is accused of sexually assaulting a female bodybuilder inside of a Courtyard Marriott hotel room back in October.

Naija News understands that the alleged victim had tried to stop Rhoden but reports revealed that Rhoay and ordering him to stay back — but Rhoden was too strong.

The woman had told the cops that he eventually got off of her and allowed her to leave, the documents said.

Naija News found out that she then went to the police and immediately reported the alleged incident.