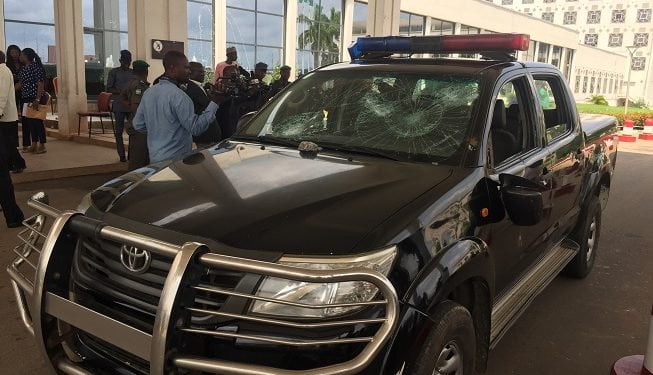 Some cars parked at the National Assembly complex in Abuja, Nigeria’s capital were destroyed by some members of the Islamic Movement of Nigeria (IMN) better known as Shi’ites.

Naija News reports that the protesters who stormed the National Assembly complex, on Tuesday, set some cars ablaze and destroyed some items worth millions of Naira in the attack.

The tragedy occurred when the protesters thronged the National Assembly complex premises on Tuesday, resulting in an exchange with security operatives.

Naija News understands that the Shi’ite protesters broke down the first gate and proceeded to the second, which serves as the main entrance to the complex.

The Shiites are protesting the continued detention of Ibrahim Elzakzaky, their leader.

Meanwhile, at the time of filing this report, the Shi’ites were burning some vehicles parked close to the gate while more security operatives are being deployed to the scene to curtail the tragedy.