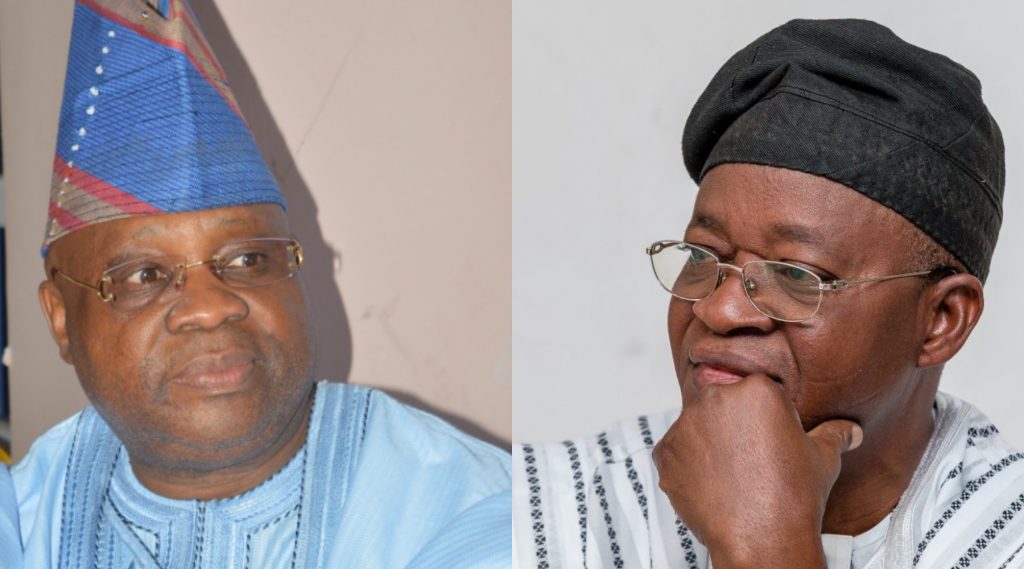 The Supreme Court has on Friday, delivered its final judgment in favour of Gboyega Oyetola of the All Progressives Congress (APC).

The apex court in its ruling, dismissed the appeal by candidate of the Peoples Democratic Party (PDP) in the last governorship election in Osun State, Senator Ademola Adeleke.

In a majority decision of five-to-two, read by Justice Olabode Rodes-Vivour, the court held that the failure of a member of the election tribunal, Justice Peter Obiora to sit on February 6, 2019 rendered the entire proceedings and the judgment given by the tribunal null and void.

Naija News reports the court by its ruling, upheld the majority judgment of the Court of Appeal, which affirmed the victory of Adegboyega Oyetola of the All Progressives Congress (APC) as the Governor of Osun State.