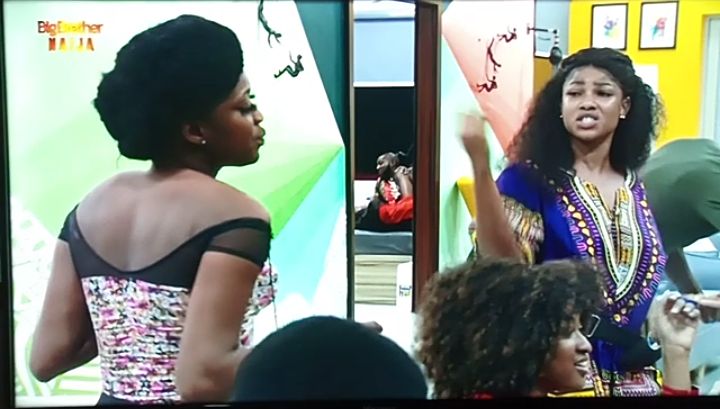 The Big Brother Naija 2019, Pepper Dem Edition began yesterday and we can now witness some drama.

This is as a heated argument ensued between housemates Tasha and Thelma to the surprise of followers of the show and even their fellow housemates.

Naija News understands that the quarrel began over food.

Tacha was said to have cooked and gave to the housemates but gave a small portion of fish to Thelma.

Thelma challenged Tacha’s decision and this caused an uproar in the house.

“If you dey learn work, I go teach you,” Tacha added.

See a link to the video: