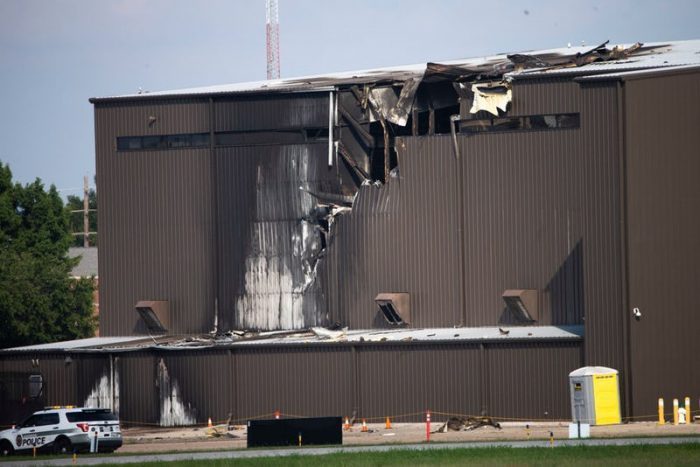 A small twin-engined passenger plane on Sunday crashed in the United States, Texas killing 10 people onboard.

Naija News reports that the Dallas County Medical Examiner confirmed the death of 10 persons and had no record of survivor.

While confirming the crash, the National Transportation Safety Board had tweeted that it had dispatched a team to Addison to investigate the crash.

Reports obtained by Naija News revealed that the twin-engine Beechcraft BE-350 turboprop passenger plane crashed into the hanger at the airport.

“The aircraft was destroyed by flames after it crashed at 9:10 a.m.,” the Federal Aviation Administration (FAA) spokesman, Lynn Lunsford said in a confirmation statement obtained by this news platform.

Addison spokeswoman, Mary Rosenbleeth confirmed the incident, adding that there were no survivors on the plane. She furthered that the hangar was not occupied as at the time of the crash.

Details of the flight’s manifest have not been released, reports show that the aircraft was originally scheduled to depart for St. Petersburg in Florida.