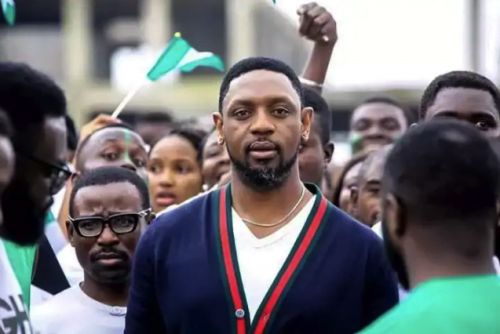 Voices have not ceased over Pastor Biodun Fatoyinbo‘s rape scandal as twitter handles have evolved from #IstandwithBusolaDakolo, #IStandWithTheTruth and now it is #PastorStepDown.

Naija News understands that the last has not been heard since Mrs. Busola Dakolo narrated her rape experience with Pastor Fatoyinbo while she was age 16.

Though the Pastor denied the allegations, many have continued to comment and debate on the issue. Many believing it was the truth told by the victim, a few noting that is false and others just waiting for the truth to be revealed.

See Tweets calling for Pastor Fatoyinbo to step down, below

COZA members online: This is the work of the devil #PastorBiodun is innocent

I saw this during the 2019 election period.
This is Rev King, as in Rev King the Killer and rapist.
Though I checked then, and the original candidate wasn't him.
But my point is, no matter the #PastorStepDown or #IStandWithTheTruth we do. pic.twitter.com/ZBT1L3zRfW

“A church leader must be a man whose life is above reproach. He must be faithful to his wife. He must exercise self-control, live wisely, and have a good reputation.” 1Tim3:2a

The bible requirement to be Pastor.

You know what that meins@BiodunFatoyinbo?#PastorStepDown biko.

Waking up this morning to DMs from past members/workers of COZA narrating their ordeals. They don’t know each other, 2 of them are strangers to me. Their stories are similar, some were lucky to get away some weren’t. Some were threatened by the church #PastorStepDown

Even the Holy spirit that Pastor Biodun is supposed to be filled with Sought Mary's consent before coming upon her.

You cannot be disrobing & "dispanting" young virgins anyhow & think the Holy spirit will not forsake you.

It's better to know that you're not that perfect and be living your life with bitter truths in ordinary world than living a pretentious perfect life full of lies and covering them with church as a so-called Man of God …#PastorStepDown for now ???

If you spoke up against the COZA Pastor atrocities against women, your voice was not a waste.

For the FIRST time in about 20years of sexual abuse and manipulation, he openly responds to allegations.

For the first time, he feels threatened.