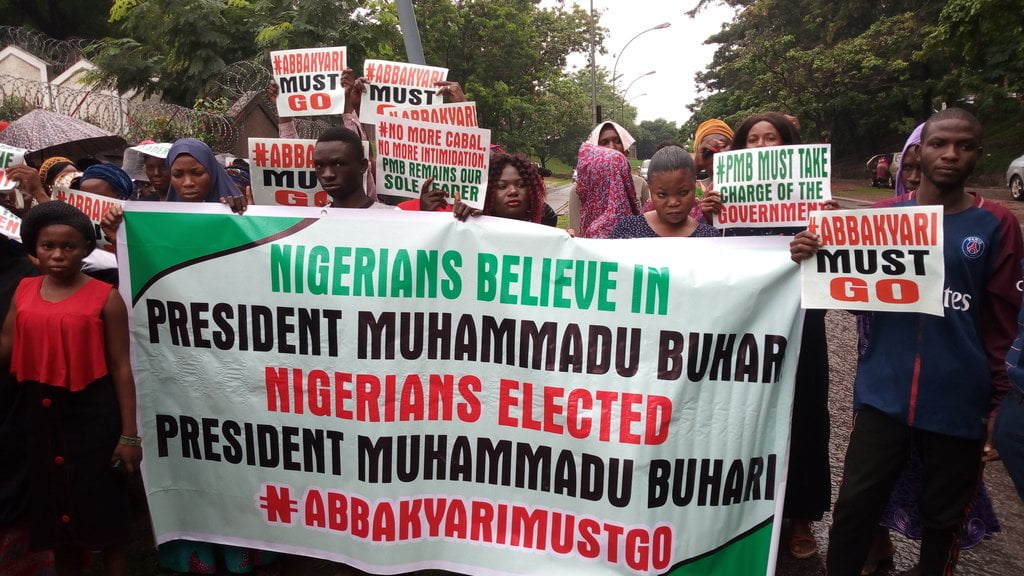 “Abba Kyari Must Go” protest, which is seeking the removal of the Chief of Staff to the President is currently rocking Abuja, Nigeria’s capital.

Naija News reports that the protest is staged by members of All Progressives Congress (APC) Concerned National Stakeholders.

The APC Concerned National Stakeholders said they are on the protest in order to drive their demands to the whole world, and particularly to President Muhammadu Buhari.

“Fellow Nigerians, we are members of All Progressives Congress (APC) Concerned National Stakeholders, we invite you here today to drive our demands to the whole world, and particularly to President Muhammadu Buhari,” the leader of the protest said. 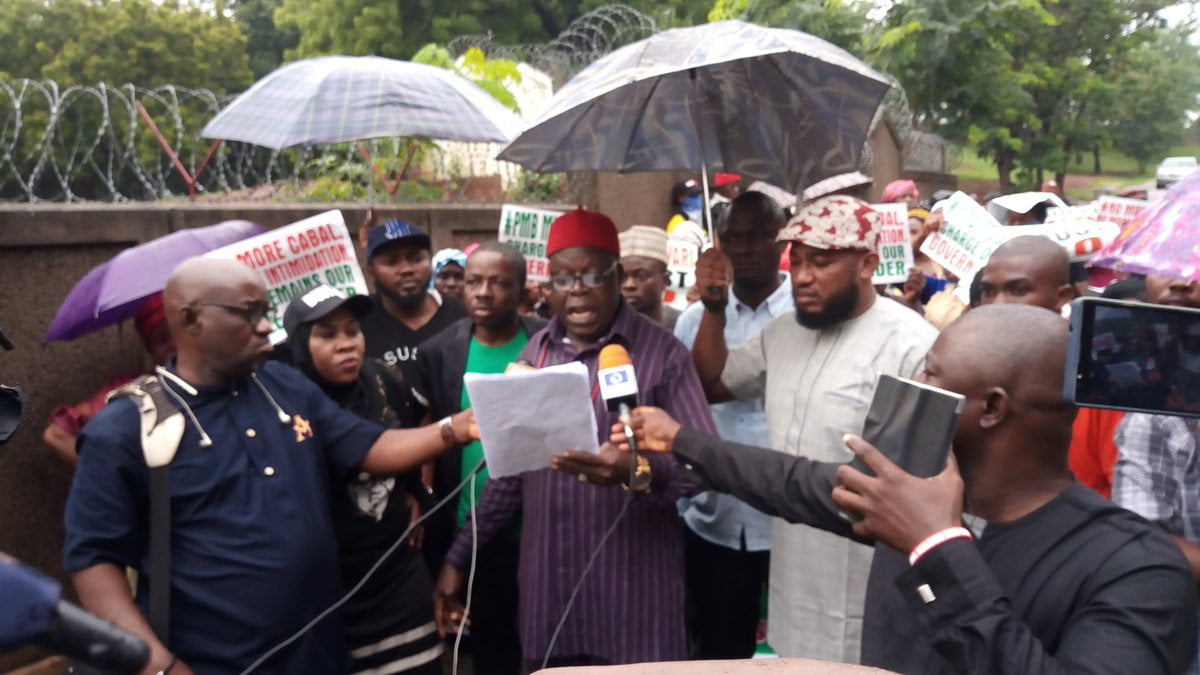 Meanwhile, Naija News reports that the protest is coming three days after Human rights lawyer, Femi Falana (SAN), accused President Buhari of promoting illegality by allowing his 100 aides to remain in office despite the expiration of their tenure.

This online news platform recalls that Falana had said that the President’s Chief of Staff; the Secretary to the Government of the Federation, Boss Mustafa; his media aides, Garba Shehu and Fem Adesina; and others had continued with their official duties without being re-appointed. 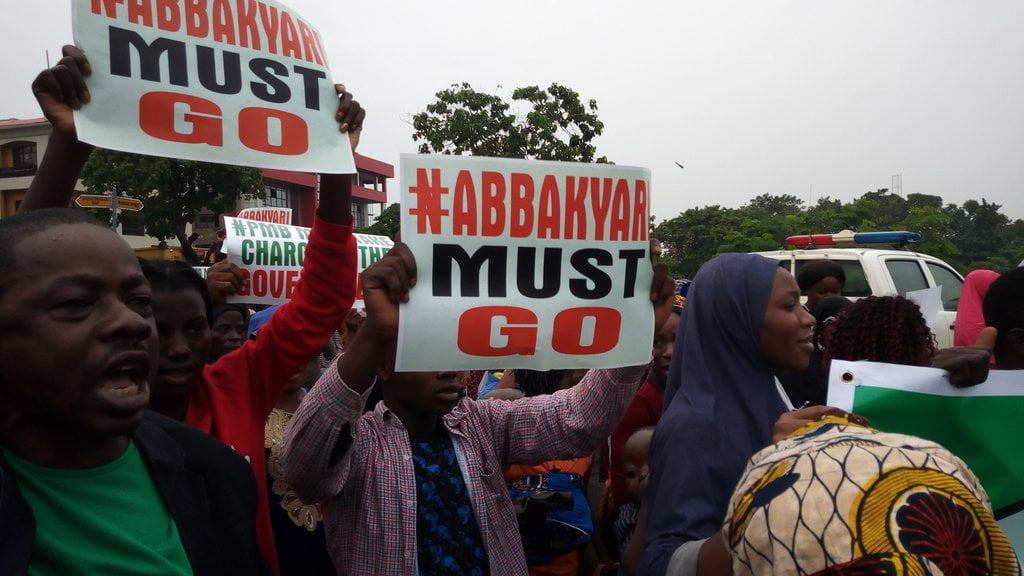 “Like ministers, special advisers and other political appointees were appointed by President Buhari for a four-year term of office in 2015. Consequently, the tenure of all the political appointees expired on May 29, 2019, by effluxion of time. Hence, the federal cabinet was dissolved while all ministers were relieved of their appointments at the end of the four-year tenure.

“In the same vein, all other political appointees ought to have been asked to relinquish their positions. Since President has not sacked them or renewed their appointments there has arisen the urgent need to avoid a constitutional crisis whereby the actions of such persons who have continued to occupy offices illegally may be questioned or declared illegal by a court of law,” the activist said. 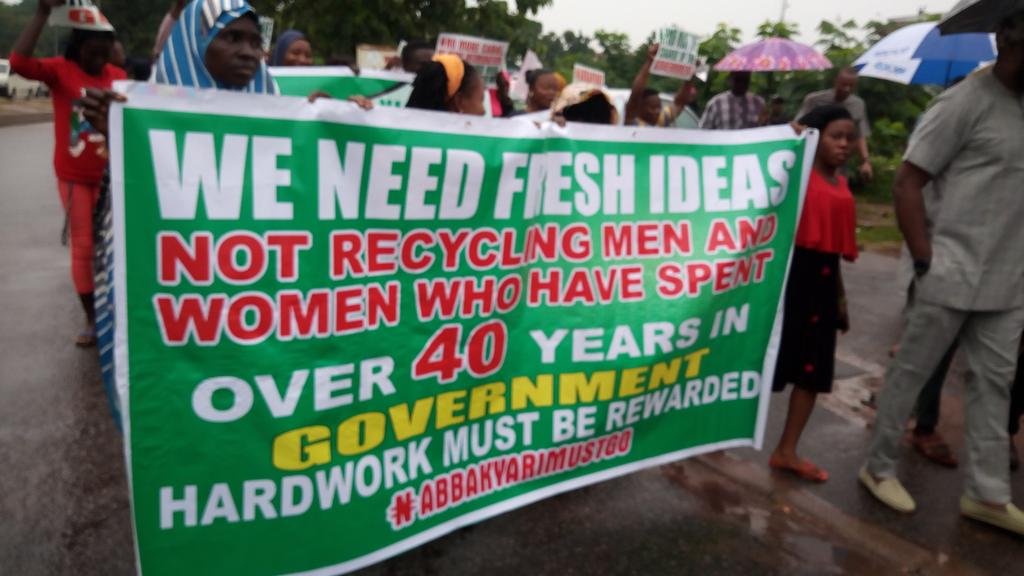