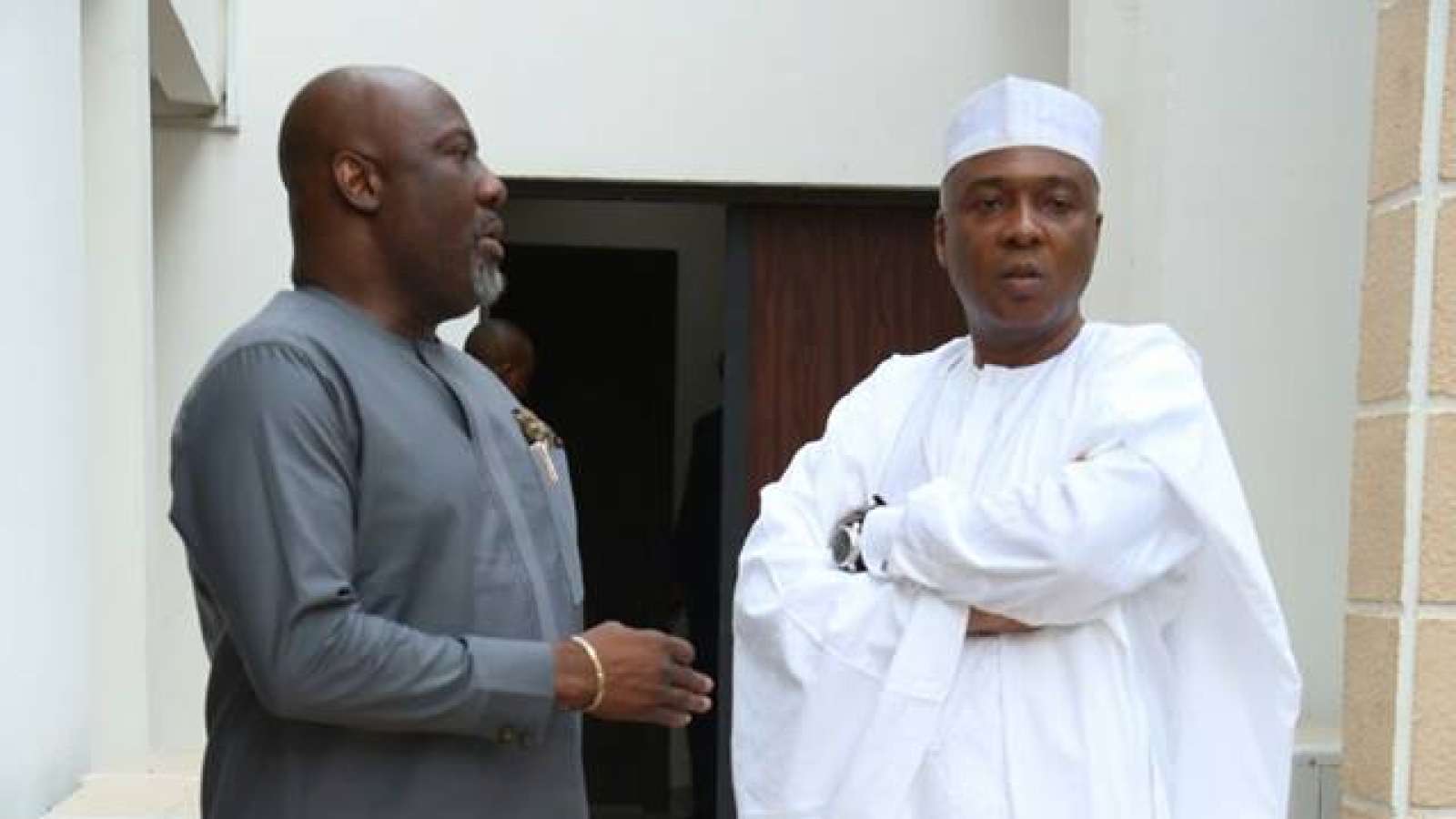 As part of the activities on the floor of the house, several distinguished Senators took turns to talk about their experiences in four years since they’ve been part of the 8th assembly.

One of those who spoke during yesterday’s session was the Senator representing Kogi West Senatorial District, Sen. Dino Melaye.

Melaye in his submission lauded the leadership qualities of Dr. Bukola Saraki in his capacity as the Senate President for the 8th assembly.

He, however, slammed some people whom he suggested were playing eye service.

The Kogi Senator also voiced his opinion on the stolen mace saga which Naija News recalls rocked the Senate in 2018.

“I thank the Almighty who is the supreme controller of the universe. When canckerworms and caterpillars attacked you, I addressed you as the irremovable Senate President,

“To my surprise, many of those who orchestrated your downfall and removal have now called you their mentor, only God give and take power.”

“The saddest day of my life was when Senator Ovie Omo-Agege led thugs to steal the Senate mace, a symbol of unity,” Melaye said.