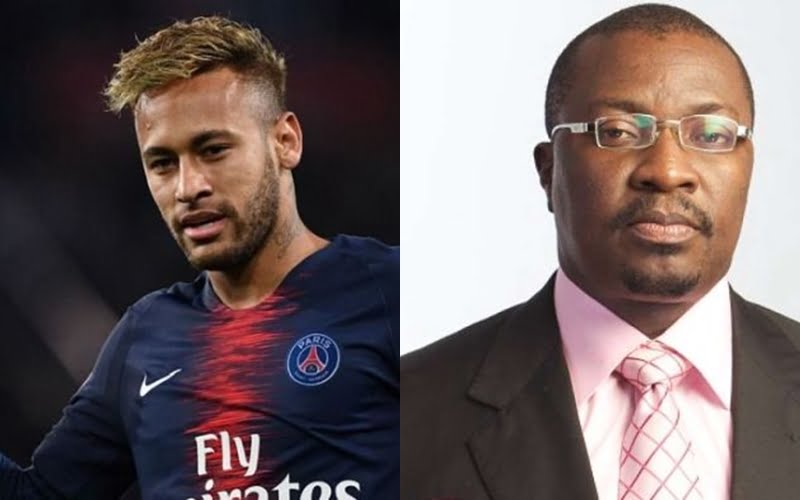 Nigerian comedian, Alibaba, has reacted to the rape allegation levelled against Brazilian footballer, Neymar by a woman identified as Najila Trindade.

The woman had claimed that Neymar raped her and also attacked her which a doctor claimed left her with bruises.

Recall that a video was released online on Tuesday showing the woman in question attacking the Paris Saint Germain player.

Alibaba in his reaction to the allegations filed against Neymar, he wrote;

“First off, I am against rape. And anyone, who rapes another should be made to face serious penalties. To deter others and to punish offenders, is the only way to go. BUT, BECAUSE WE ARE SYMPATHETIC AND MORE PROTECTIVE OF THE WOMEN INVOLVED IN RAPE CASES, DOESN’T MEAN, THAT EMPATHY SHOULD BE ABUSED.
Only God knows how many, like Joseph, would have gone down, because one lady wants to ride on those sympathies”

“We donated money to try get a lawyer for a friend who was accused of raping his sister in law, in 2015, in Bayelsa. Only for God to have smiled on him through a camera hidden in a wall clock. If not for that wall clock, our man was a gonnnnnaaaaaa. The CCTV showed, the man saying resisting all the time. In one of the frames, she said, “You are a suegbe. And you call yourself a man. Maybe that’s why sister never carry belle.” Our man in the story above, is one of the lucky few, just like @Neymarjr Let’s be very alert”