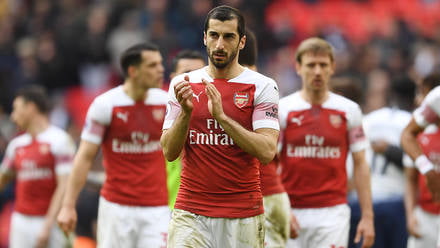 This is Naija News compilation of the latest Arsenal news online for today, Friday, May 31st, 2019.

Granit Xhaka has revealed that Arsenal’s mauling by Chelsea in the Europa League final was met by a stony silence in the dressing room.

There was no immediate post-mortem after the game or any harsh words from Unai Emery. In fact, there was ‘nothing’ said at all, according to Xhaka.

“Him (Emery), the players, nobody speaks in the dressing room,” revealed the Switzerland international midfielder.

When asked why Emery had remained silent, Xhaka added: “I don’t know. He was disappointed of course.

Gazetta Dello Sport journalist Nicolo Schira has claimed that Arsenal have taken a giant leap towards securing Thomas Meunier’s signature in the summer.

The Gunners are in advanced talks with PSG to secure a deal for the attack-minded defender, who has also been linked with a move to Manchester United in recent weeks.

Schira has added in his tweet that Arsenal have offered a five-year deal to Meunier in an attempt to convince him to choose Emirates as his next destination.

Former Arsenal midfielder Cesc Fabregas believes Mesut Ozil is underperforming because of the drop in “quality” from Real Madrid.

He told BT Sport: “I think sometimes you just have it inside or you don’t have it.

“When he was at Real Madrid he was surrounded by top, top players and one of the best players in the history of the sport in Cristiano Ronaldo.

“I’m not taking anything away from Mesut, he played top football there, but once you step down a little bit, because we can all agree Real Madrid, Barcelona, Bayern Munich they are top three, you have to show yourself a little bit more because you don’t have the same quality around you.”

More Arsenal News can be found on the Naija News website.