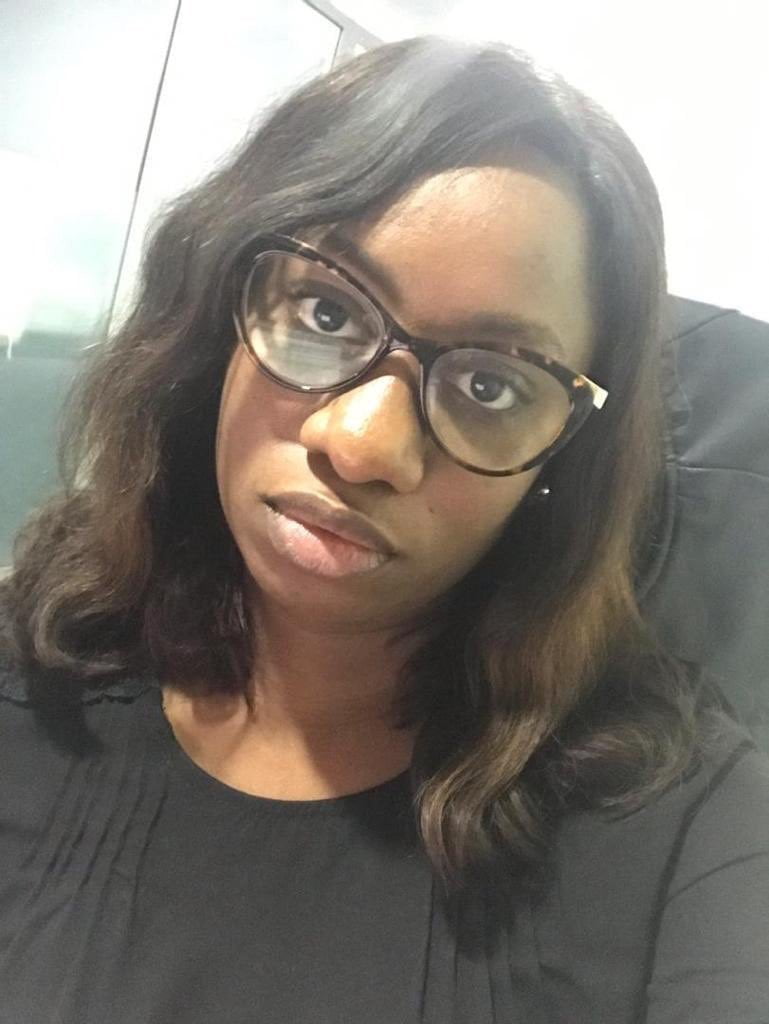 Nigerians have taken to the micro-blogging site, Twitter to mourn Adewura Bello, a Nigerian lady found dead in a canal in Lagos, Nigeria’s commercial city.

Naija News understands that the deceased, a 26-year-old accounting graduate of the University of Lagos (UNILAG), was said to have gone missing on Wednesday, May 15, after she boarded a bus from Ikeja to Egbeda, where she lives.

Adewura’s sister, Fadesola, said that the last time she heard from the deceased was when she told her she was on her way home.

“I spoke with her around 7 pm on Wednesday. She works at Ikeja and she told me she was on her way home. Then, when it was raining around 7:55 pm, I called again. This time it rang but she did not pick. So, I assumed it was the rain.

“But we did not see her after the rain and the next time I tried her number, it said it was unavailable and later said switched off,” Fadesola had said.

Giving an update on the situation, a cousin to the deceased, Benjamin, tweeted on Sunday, May 26 that Adewura’s body has been found in a canal.

“Thank you all for the search. Adewura is Dead. Her Body found in a canal. Heaven has gained an angel. We depart to meet again till we Meet again Adewura. Forever in our Heart. God, I am in pains but who am I the question you. Rip,” he tweeted.

Thank you all for the search. Adewura is Dead. Her Body found in a canal. The heaven has gained an angel. We depart to meet again ?? till we Meet again Adewura ???? Forever in our Heart ❤️ God I am in pains ? but who am I the question you. Rip ? pic.twitter.com/cH6Sbd8VNh

Another Twitter user, @Onaolapofarouq, confirmed Adewura’s death saying: “Thanks for the search. Adewura is dead. “Negligence by the relevant authorities, as usual. An unnecessary death due to an open manhole during a storm. Manhole was left open but fully covered with flood, she and the bike man missed it due to bad visibility. She wasn’t aware.”

Thanks for the search. Adewura is dead. "Negligence by the relevant authorities, as usual. An unnecessary death due to an open manhole during a storm. Manhole was left open but fully covered with flood, she and the bike man missed it due to bad visibility. She wasn't aware." pic.twitter.com/59uFdtSRR1

Moments after the news broke, Nigerians took to Twitter to mourn the deceased.

Most of us on these streets didn't know you until you went missing, but we desperately hoped for days for a miracle.

Two days back, I had a very strong feeling she was died, but didn't want to kill any hope.#RIPWura

Gosh! I have just learnt of the passing of Ms Adewura Bello. What an absolute tragedy. May the Lord comfort her family and friends. May He receive her soul into His bossom and give her peace. #RIPWura

We hoped against all odds that she would return but she never did. Goodnight Adewura ?#RIPWura

Is it really true she mistakenly fell into the manhole while on transit on a bike, cos nobody seems to be talking about the other supposed bike man carrying her. Was he found dead too, or how do we connect this story really? This is so sad #RIPWura

So sad that after all the efforts I observed to bring you back to your family alive death still had its toll..
God knows best dear, the entire youths all over Nigeria mourns #RIPWura pic.twitter.com/TNaBRdec6U

Cousin. Baby girl. Rest in perfect peace. You were such a bright light in the family. And I love you always. I can’t believe it. #AdewuraBello #RIPWura pic.twitter.com/0mAiA6gKWi

UNILAG Lost an angel today. Adewura Lateefat Bello, an alumna of the University of Lagos(Accounting)
She was declared missing 15th of May and was found dead today, 11 days after. Her body was found in a canal.
May her gentle soul rest in perfect peace.
R.I.P #RIPwura #unilagloss pic.twitter.com/QVC7jMIQ1Z

Imagine been killed by an open manhole.. it could have been avoided. Your own country plotting your own downfall..

The irony of being "found dead". Adewura was found but dead. Was she then found?

If she was, it must be the angels who beat us to it. I see beyond my eyes: how, clad in gold, Wura danced gracefully before her Maker, as the Hosts bid welcome.

Until few days ago I didn't know you existed, like a whole bunch of us. I—we—closely followed the incident praying… However today in one accord our hearts bleed, our souls weep. I pray your family fortitude at these times.

Wura sun re, cause Angels nor de die! pic.twitter.com/a8ZIFFz1Of

#RIPWura
Adewura became Popular and Viral for all the wrong and tragic reasons.
If I am this pained, I can't imagine d grief of her family.
This could easily v been me or you and till we correct our mindset, be better & demand better from our govt.
More sad news will continue? pic.twitter.com/JdeYP2EatM

I didn’t know you but I had so much hope and prayed that you’d be found hale and hearty but in all I pray God gives your family the fortitude to bear this loss ?#RIPWura pic.twitter.com/PCikg0jwIU

Hw many missing people are victims of same perpetrator of Adewura?
Hw many more would fall victim before they are caught?
We need power / technology (CCTV) to reduce careless death by ritualist.
Don't just feel sad for WURA make up your mind to Revolutionise the leaders #RIPWura

So i heard it's a case of flood. asides our leaders who have failed in der responsibilities. For every Nigerian who has littered the street of lagos with dirt you have contributed to the death of Wura and others who died in the flood and we don't know of. Think deep #RIPWura

It's a painful night knowing Adewura Bello was found dead.

I pray God grants her family the fortitude to bear the loss.#RIPWura pic.twitter.com/QxNgjxWMEf