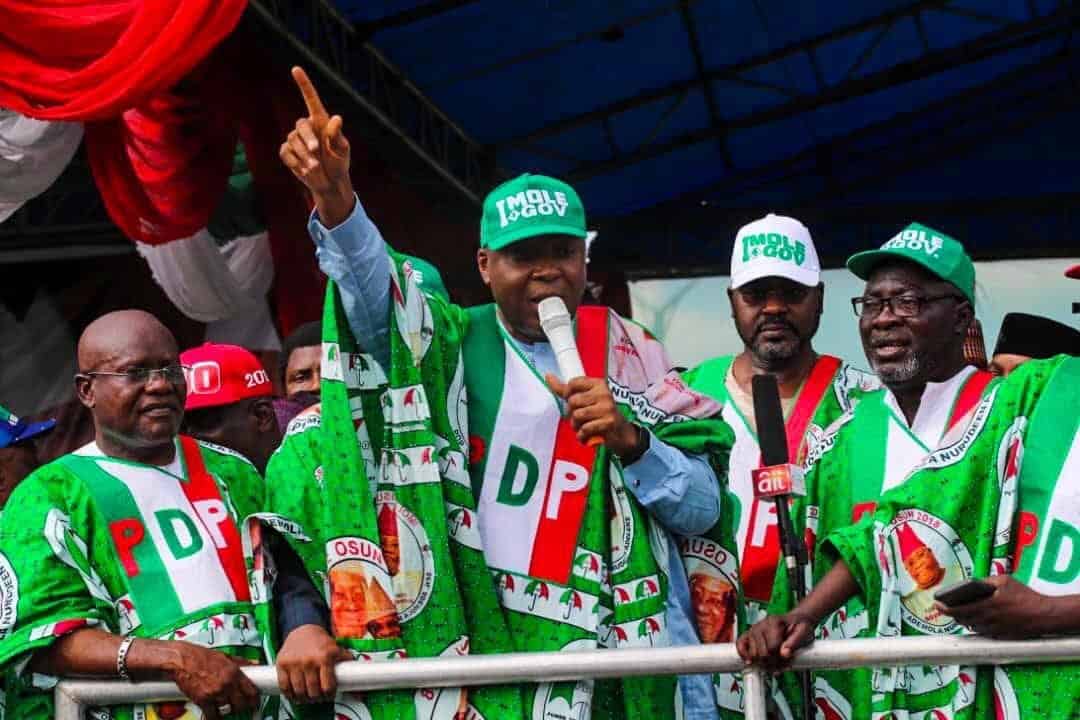 The Peoples Democratic Party (PDP) has described the victory of the party in Zamfara as a triumph of the will of the people over manipulative forces.

Naija News had on Saturday reported that the Independent National Electoral Commission (INEC) declared the PDP winner of the general elections held in Zamfara State following the ruling of the Supreme Court.

INEC disclosed that it will issue Certificates of Return to the Governorship and National Assembly winners on Monday.

While State Assembly members-elect will get their Certificates of Return on Friday 31st May 2019.

Reacting in a statement obtained by Naija News, the PDP expressed hope that justice will prevail in its effort to retrieve all its stolen mandate, particularly the Presidential mandate that Nigerians freely gave to Atiku Abubakar, at the courts

The statement reads: “Zamfara State: The PDP congratulates Zamfara State Governor-elect, Bello Mohammed Matawalle, all federal and state legislators-elect, as well as people of Zamfara state describing their victory as the triumph of the will of the people over manipulative forces.

“This victory is a clear pointer to the fact that no matter how long manipulations and anti-democratic tendencies appear to thrive, justice and the will of the people always prevail at the end of the day.

“The PDP assures the people of Zamfara state of a purposeful, people-based and result-oriented leadership that will unite and revitalize the state for the greater good, in line with the wishes and aspiration of the people.

“Zamfara is blessed with abundant human and natural resources adding that the incoming administration will direct all energies towards harnessing such resources for the wellbeing of all the people.

“The PDP, therefore, urges the people of Zamfara state to resist all forces of division and unite behind their new leaders to move the state forward.

“In congratulating the people of Zamfara state, the PDP expressed optimism that justice will prevail in its effort to retrieve all its stolen mandate, particularly the Presidential mandate that Nigerians freely gave to Atiku, at the courts.”