Next Level: Buhari Tells Ministers When To Handover | Naija News 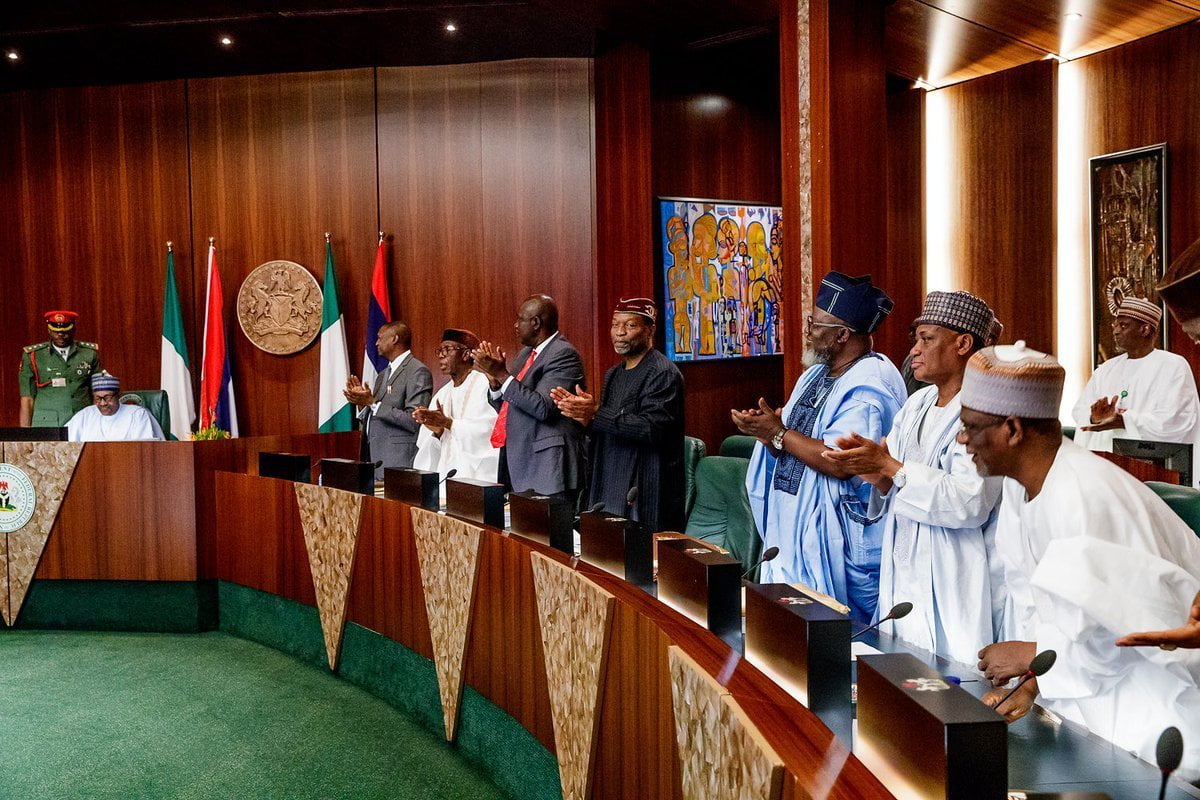 President Muhammadu Buhari has asked cabinet ministers to continue in office until Tuesday next week, May 28, a day to his inauguration (May 29) for a second term as Nigeria’s president.

Naija News reports that the President gave the directive during the valedictory session of the Federal Executive Council (FEC) at the Presidential Villa in Abuja, Nigeria’s capital, on Wednesday, May 22.

This online news platform understands that the President ordered the ministers to submit their handover letters to the Secretary to the Government of the Federation (SGF).

“Although today is our last council meeting, I expect all of you to continue working until Tuesday, May 28, when you will officially hand over your schedules to your respective Permanent Secretaries.

“Your handing over letters should be submitted to the office of the Secretary to the Government of the Federation,’’ President Buhari said.

The President revealed that he retained the entire team of the cabinet for three and a half years due to their unique leadership qualities.

In his remarks, the Vice-President, Yemi Osinbajo, thanked the President for the great opportunity offered him to serve as his Vice-President and as his running mate twice.

His words: “My deepest gratitude comes from the great trust that you reposed in me at all times.

“I will never forget when you were going on medical leave in May 2017 and you said to me in the course of our conversation that evening that you will not fiddle my discretion as acting President in any way.

“And in keeping with your character and style you kept your words,’’ Osinbajo added.

The ministers, on the other hand, seized the opportunity to express their gratitude to President Buhari for giving them the rear privilege to serve as members of the Federal Executive Council.

Meanwhile, the President is expected to name a new cabinet after his May 29 inauguration. Political analysts believe some of the outgoing ministers will be named in the new cabinet.