The Senate President, Bukola Saraki, has described the report trending online that he described President Muhammadu Buhari as the last hope for the common man as fake.

The report emerged after the leadership of the National Assembly visited the President at the Presidential Villa on Tuesday.

It was also reported that the Senate President called on Nigerians to support President Buhari.

Saraki in a statement through his Special Assistant on Media and Publicity, Oluwole Onemola, described the news making round as fake.

To back up the claim that the news making round is fake he posted the original speech of the Senate President.

He quoted Saraki to have said, “It is a great honour and privilege to breakfast with you.”

“The National Assembly and the Executive must always put our national interest first.” 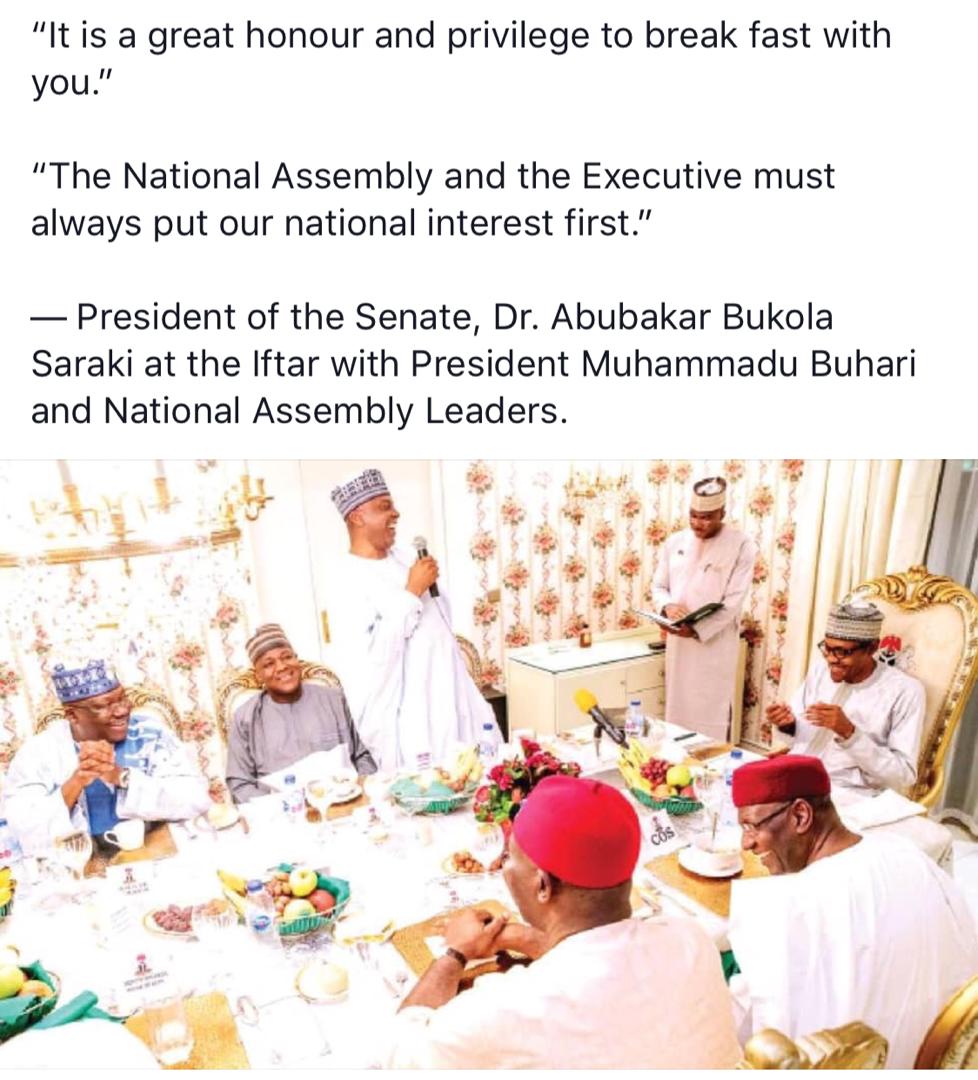 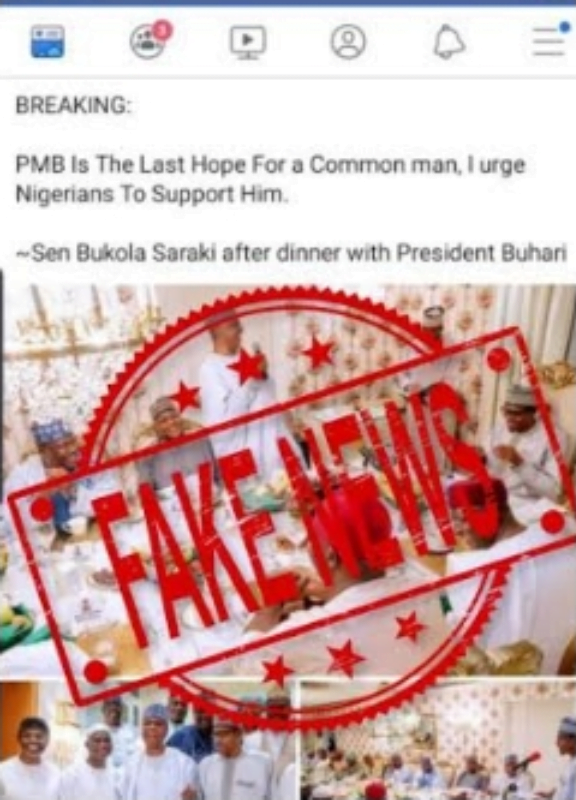