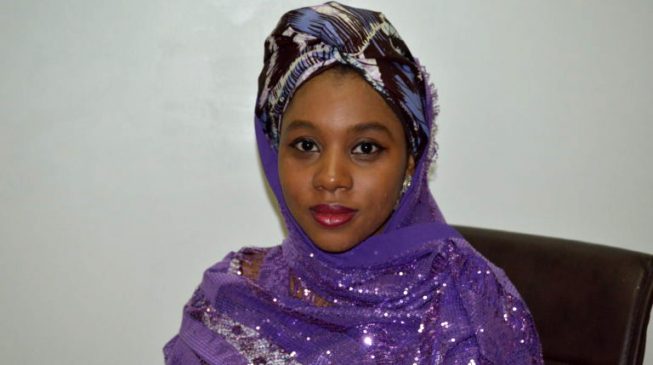 Fact Check On 27 Year Old ICPC Official; Qualified Or Not

The Independent Corrupt Practices and Other Related Offences Commission (ICPC) is one of the key agencies involved in President Muhammadu Buhari‘s agenda of tackling corruption in the country.

Hence it is not surprising that the President has paid attention to appointing its officials.

Naija News recalls that the President, three months ago (February) swore in Professor Bolaji Owasanoye as the Chairman and eight new others as members into the ICPC commission.

However, it recently dawned on Nigerians that President Buhari appointed a 27-year-old Hannatu Mohammed in February into the ICPC board with some argument that the candidate is under-aged, considering the age required to hold a public office which is largely known as 35.

The above debate started when a Twitter user questioned her qualification for the job and classified her appointment as a form of “corruption”.

How did an NYSC Corp member of 2016 who has never worked in a professional capacity before end up in the board of ICPC?

A debate on the issue — ongoing on Twitter — has generated thousands of tweets, with most people arguing the president erred in the appointment. Some even said she lacks “any experience” to be qualified for the job.

But how true are these claims?

In a fact check by The Cable, it examines each of these arguments by looking at what is required of a qualified ICPC official.

Argument One: Mohammed not qualified enough to be on ICPC board.

The Independent Corrupt Practices and Other Related Offences Act is the law establishing the ICPC. Among other provisions, the act also stipulates the requirements for being appointed into the commission (board), including the age stipulation.

Section 3 of the act states: “The commission shall consist of a chairman and twelve (12) other members, two of whom shall come from each of the six geo-political zones; (a) A retired police officer not below the rank of commissioner of police; (b) A legal practitioner with at least 10 years post- call experience; (c) A retired judge of a superior court of record; (d) A retired public servant not below the rank of a Director; (e) A woman; (f) A youth not being less than 21 or more than 30 years of age at the time of his or her appointment and (g) A chartered accountant.”

Born on March 20, 1992, Mohammed is clearly within the age range of the youth that could be appointed into the ICPC board ie. 21 to 30. It is, therefore, false to claim she is not up to the required age for the appointment.

But according to a fact check by The Cable, this proved to be false. Here is why: apart from the aforementioned section, no other section of the act provides for any requirement — whether age or experience — for being appointed a board member. And the only requirement regarding the inclusion of youth into the board is the person’s age qualification.

Going by the provision of the act, this means that any youth within the required age range being appointed into the board would be at the discretion of the president.

CONCLUSION: The argument that Mohammed is below the age requirement for appointment into the ICPC board is false. The claim that she lacks experience is also baseless.