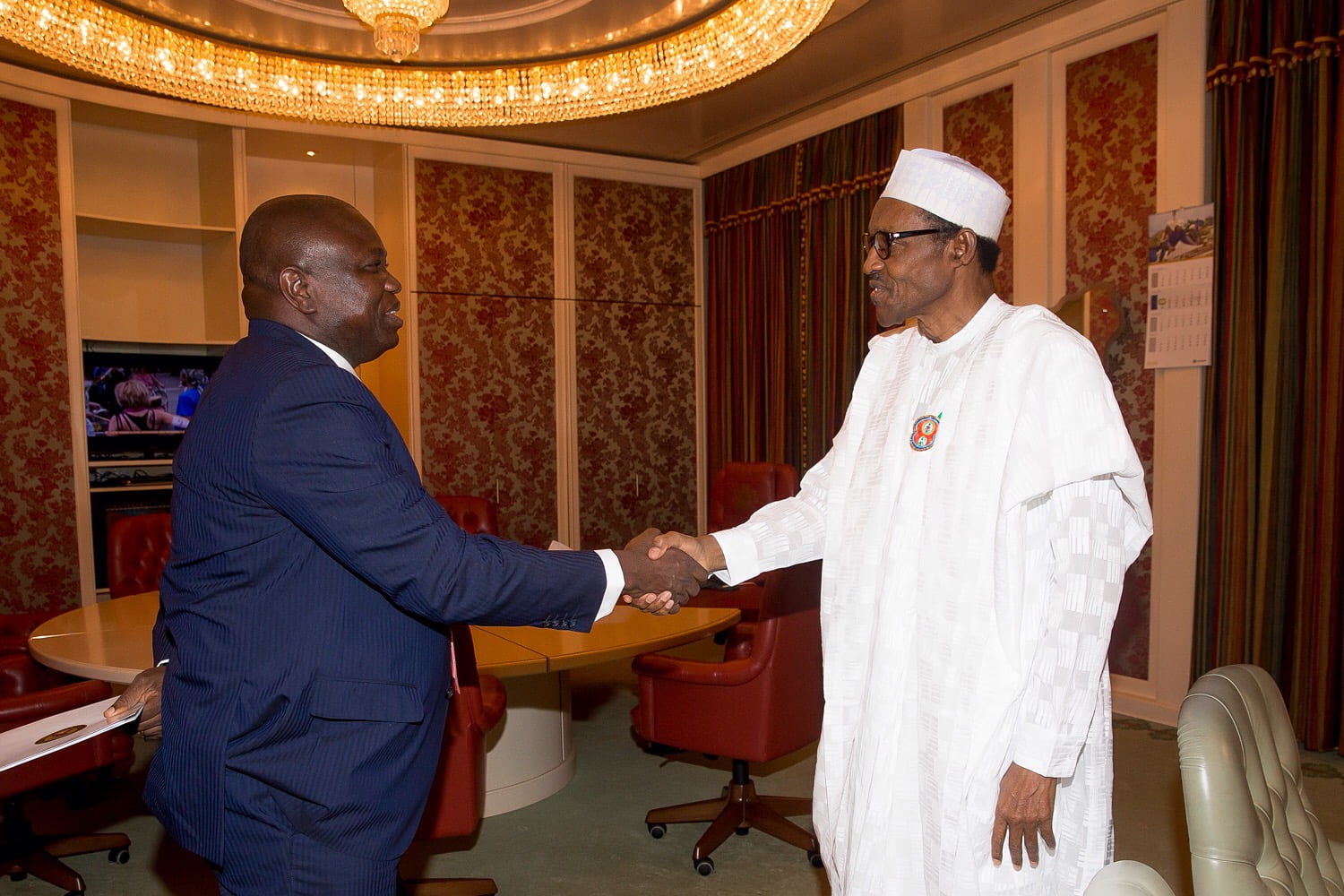 The Governor of Lagos State, Akinwunmi Ambode, during his visit to President Muhammadu Buhari on Monday stated that he is wiser politically with his four years experience in office.

Governor Ambode was at the Presidential Villa, Abuja to pay the President a visit which he described as a “thank you visit”.

Recall that President Buhari visited Lagos State last month to inaugurate some projects which was carried out by the Ambode administration.

The Lagos State Governor lost his re-election bid after he was defeated by the governor-elect, Babajide Sanwo-Olu during the primaries of the All Progressives Congress.

Ambode while speaking on the lessons he learnt during his four years in office said, “You see, every politician learns every day.”

“The fact remains that I came in as a technocrat, so I used to call myself a techno-politician. But I think I am wiser now.”

“I am more of a politician than a technocrat.”