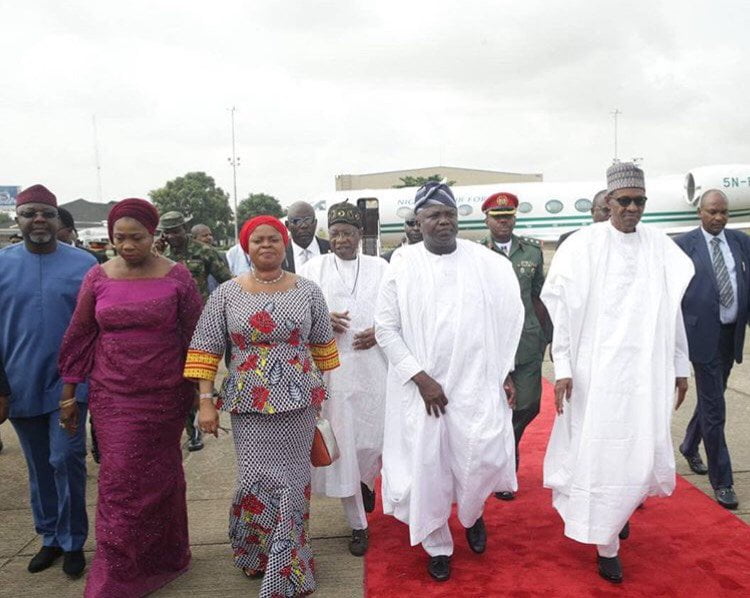 President Muhammadu Buhari on Wednesday arrived in Lagos State to commission some projects.

Other projects to be unveiled include the Lagos State Theatre at Oregun in Ikeja, the new 820 Mass Transit buses and the multi-level Oshodi Transport Interchange on the Apapa-Oshodi Expressway.

Upon arrival, Buhari was received by Governor Akinwunmi Ambode of Lagos State and other governors including, Ibikunle Amosun of Ogun, Abiola Ajimobi of Oyo and Kayode Fayemi of Ekiti State.

The president was also received by the Lagos State Governor-elect, Babajide Sanwo-Olu and his deputy  Obafemi Hamzat, amongst others.