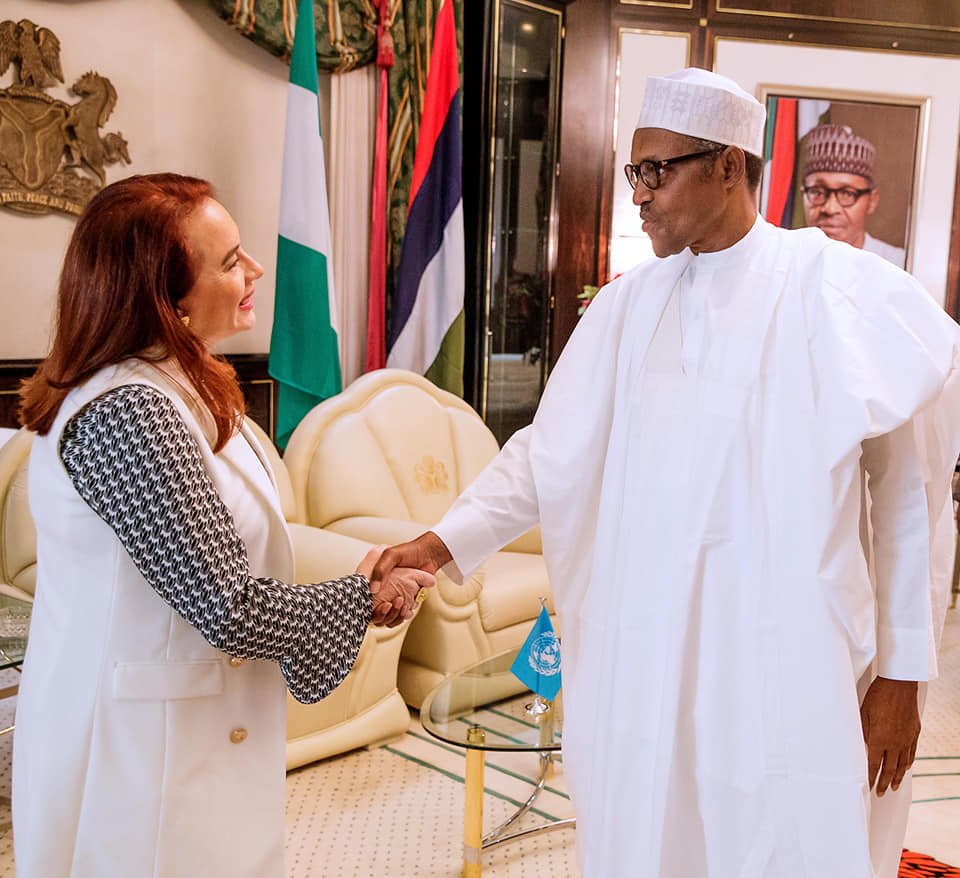 The assistance of United Nations and the international community will be invaluable in reversing the devastation visited on Nigeria by the Boko Haram insurgency, President Muhammadu Buhari Tuesday told the visiting President of the 73rd Session of the United Nations General Assembly (UNGA), Ms Maria Fernanda Espinosa Garces.

“The condition of internally displaced persons ((IDPs) in the country is pathetic. We have at least a million children who neither know their parents nor where they come from,” the President told Ms Garces during an audience at State House, Abuja.

As previously reported by Naija News, Ms. Garces arrived in Nigeria on Monday on a working visit and is expected to depart for Ghana on Wednesday.

He added that damage to infrastructure, particularly in the North-east, has been horrendous: “Bridges have been blown up, schools, hospitals, churches, mosques, and other buildings have been destroyed. All these will be rehabilitated, and every form of international help is welcome.”

On the recharge of Lake Chad through inter-basin water transfer from Congo River, President Buhari said climate change was quite real to the region, noting that no fewer than 30 million people are negatively affected by the shrinking lake, with at least half of them being Nigerians.

He stressed the role the international community needed to play in the endeavour, since recharging the lake was beyond the financial power of the affected countries.

On her part, the UNGA President commended Nigeria for being a key part of the United Nations system, saying the country was well respected in the global body.

“Nigeria is a major troops’ contributor to peace keeping operations, and a major part of the human rights architecture,” Ms Garces said.

She commended President Buhari’s leadership of ECOWAS, and of the Lake Chad Basin Commission, pledging to call the attention of the international community to the “hurting effects” of the Lake Chad problem, and other issues raised by the Nigerian leader.

The UNGA President also lauded Nigeria for rehabilitating the UN building in Abuja, which was destroyed by Boko Haram insurgents during an attack in August, 2011.