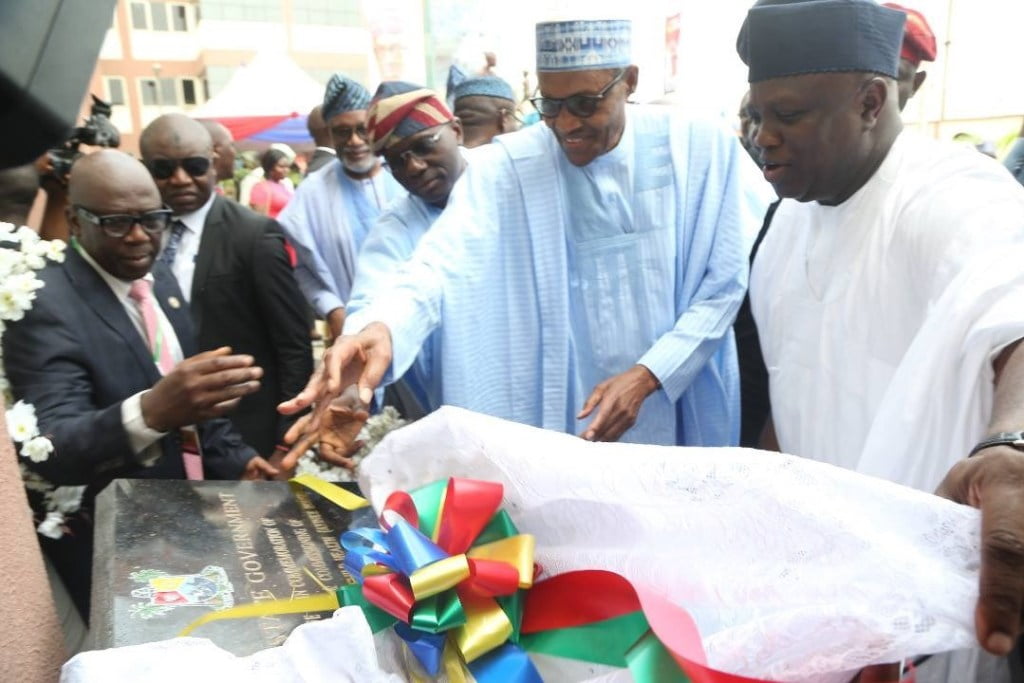 Speaking at the event, the Lagos State Governor, Mr Akinwunmi Ambode described the development as historic, expressing optimism that the facility would provide world-class childbirth and maternal care services to Lagosians and Nigerians at large.

Recalling how the journey began, Governor Ambode said the facility was conceived exactly 29 years ago, with the late businessman and philanthropist, Sir Mobolaji Bank-Anthony donating the first dedicated maternal and child care facility to the State Government, in memory of his mother; hence the christened name “Ayinke House”.

Ayinke House, an Ultramodern 170- bed Obstetrics & Gynaecology specialist hospital would be commissioned today by @MBuhari. It has state-of-the-art equipment that will cater for the health and well-being of mothers and newborns. #LASG #ItesiwajuIpinleEko pic.twitter.com/dzjjAw2gSO

He said the hospital, which started with just one surgical theatre soon assumed a life of its own as a first-class childbirth and maternal care centre in the health sector of Nigeria as well as first choice for expectant mothers.

However, the Governor said the hospital later became over-stretched beyond capacity and somehow obsolete, while in recognition of the need to sustain Bank-Anthony’s philanthropy, the State Government, during the administration of former Governor Babatunde Fashola who is now the Minister of Power, Works and Housing, awarded the contract for the expansion and reconstruction of the facility.