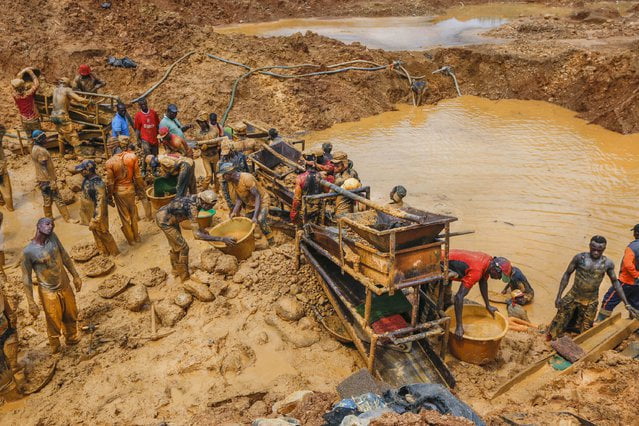 Liberian authorities yesterday confirmed that the bodies of 21 gold miners who died after a mudslide buried them two months ago have been recovered.

According to the authorities,  45 miners were thought to have been trapped after the mudslide at the Gbanepea Mine in the lower Nimba County in central Liberia on Feb. 9.

Dorr Cooper, the Nimba County superintendent, said only 21 bodies were found and that rescue operations had been brought to a close while speaking to newsmen.

“Additional 13 bodies were recovered few days ahead of the end of the entire rescue operation, apart from the eight bodies that were earlier.

“This means that we were able to recover more than 20 bodies during the entire process,’’ Cooper said.

He also announced the closure of the mining site and suspension of all mining activities at the place until further notice.

Cooper called on the locals of the area to adhere to the government’s order on the closure of the site.

“The government remains firm on its decision to suspend all mining activities in the area until all necessary measures are put in place.

“The Liberian government is working to ensure that all the necessary mechanisms are put in place to allow qualified individuals and organisations interested in exploration to start operating in the area very soon,’’ he added.