Governor Rochas Okorocha of Imo State name is not on the list of newly elected senators that was published on the Independent National Electoral Commission (INEC).

INEC published the list of elected federal lawmakers ahead of the presentation of the Certificates of Return on Thursday.

In the slot for the three Imo Senatorial districts, only Senator-elect Onyewuchi Ezenwa Francis (Imo East), who won on the platform of the Peoples Democratic Party (PDP), was listed.

For Imo West Senatorial district, whose seat Governor Okorocha contested, it was blank except for an INEC remark, which read, “Declaration made under duress.” 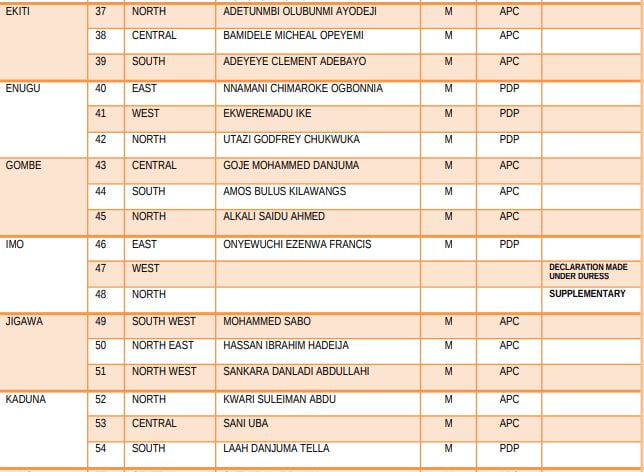 Imo North’s slot was also empty except for a “Supplementary” remark.

Okorocha had contested the seat on the platform of the All Progressives Congress.

He was declared winner by the Returning Officer for the Senatorial District, Innocent  Ibeawuchi.

Ibeawuchi, later said that he was made to announce Okorocha as winner under duress.